Psychology, Selling and the Internet – Part 1 of 5 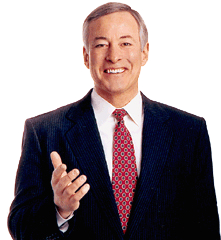 Brian Tracy is the master when it comes to using the power of psychology when selling just about anything to anyone. He really knows his stuff better than anyone else. I’m in awe of his prowess and success. See for yourself here www.briantracy.com – but first read on, it will make more sense.

In all of his many books he’s published however, he’s never actually conveyed the technique of using his approach to selling via the Internet. You see all of what he says is so true about having clear sales goals, understanding why people buy, how being creative sells, getting appointments, generating desire etc but we all know that our normal offline lives are very different to the way we behave online. The selling game has changed and the world operates by very different rules. New rules created entirely by the Internet.

In a series of blog posts I want to share 8 psychological phenomena that work beautifully when it comes to online sales. Learn, master and apply these and your online success will definitely soar.

Peoples’ judgment is highly influenced and dependent on the collective judgment of groups. This means that you will often make judgments that you believe are entirely your own but in reality they are based on what other people are doing! For example, you may decide to buy something or take a trip somewhere but that decision is most likely highly influenced by your observing or reading about or hearing about other people doing the exact same thing. And you will often avoid things that most other people avoid. In fact, there are very many instances when you will adopt a group’s judgment over your own!

What this means is that you should have as many features within your site as possible that allow users to contribute to, feel and be influenced by group opinions. For example, you must have testimonials. Have one testimonial on every page placed well, and have a testimonials page holding many of them. Depending on your site, other things you should consider adding are voting, forums, statistics and surveys. All these allow users to contribute to the group thought and be influenced by it. Very powerful.

If you wondered exactly where Social Media really should fit within your communications mix, well now you know.