The Shiny Car and the Soggy Model 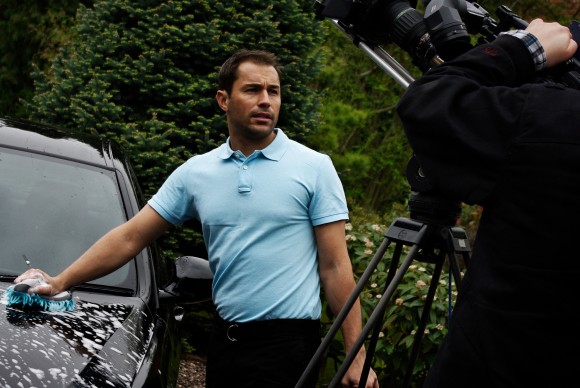 Photo shoots are not glamorous.

Our latest adventure for Turtle Wax UK was a prime example.

The client insisted that waxing your car in the rain is actually the best time to do it.

But nevertheless we muddled through.

In and out of the showers.

Shooting when we could.

Helen managed to enjoy herself.

She got to drive a shiny new BMW.

Whilst drooling over our male model.

“Ooo let me just tuck your shirt in Kevin.”

“Oh Kevin have you been working out?”

Which is pretty lightweight compared to other shoots we’ve done.

Two weeks later we had our video.

An instore promo for the Turtle Wax ICE range.

Translated into 5 languages and rolled out across Europe.

Many thanks to our model Kevin Harris.

Our film crew at Visual Concepts.

And to Ruth’s parents for letting us use their driveway and buying us biscuits.