Our Favourite Adverts of 2013 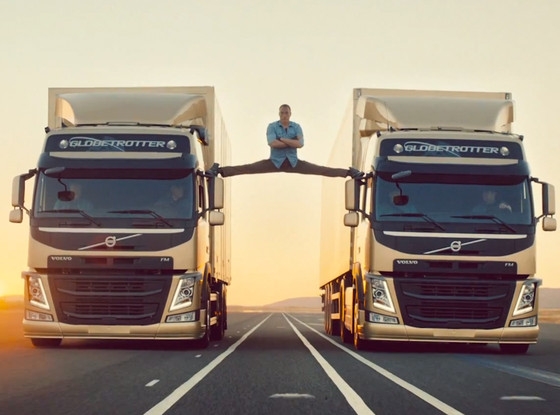 Adverts, we can’t get away from them, especially in our line of business. Just like everybody who doesn’t work in advertising, we all have our favourite ones. We may have analysed them slightly more than the average viewer but ultimately we’re just like everybody else. The techniques used in ads work for us in the same way. As a final blog of 2013, we as a team, have picked the advert that we felt was the best. The ones which made us laugh, sufficiently tugged at our heartstrings or in mine and Pats’ case, proud to be blokes.

You may or may not agree with the selections we have made and either way it’s fine. Everybody has a favourite which somebody else will hate. Everybody is susceptible to the powers of advertising and whilst we certainly might not like them, we definitely can’t escape them.

Have a read and then tell us your favourite, all of us have had great fun remembering these and hope you do too. All the team here at Access hope you’ve had a great Christmas and wish you a fun filled, fantastic New Year.

"This is such an emotive and heartfelt advert showing the true strength of friendship, plus it reminds me of the occasional Guinness that might pass my lips in preparation for a cold night at the rugby".

"There are a few adverts on the TV at the moment that remind me of my own family life. This one captures the essence of the bond between father and son, and also makes me want to build a giant Lego tower".

"It’s not often that a slightly overweight bloke walking down the beach gets my attention but when it’s done with such panache and ‘cool’ it’s hard to ignore. The best part? Easy, the little dip in his step as the bikini clad girl walks by. Pour me a drink and get the Speedos out. Let’s hit the beach".

"Both Rob and I were completely taken by this campaign, perhaps not enough to rush out and buy several bottles of Southern Comfort but enough to make it our favourite. Whilst Rob might like the bloke on the beach the best, my choice is the guy in the hair salon.  Having his hair washed to the smooth grooves of Lou Johnson's "The Beat", this guy is very cool. Halfway through, he puts on his glasses, checks out a woman across the salon, leans back, closes his eyes, and rests a glass of Southern Comfort on his leg. What a ledge".

Lois Keogh – ‘For Everyone’ – Google Chromebook

"The dancing twins at the end. That is all".

"2013 was truly the year of the GoPro camera. It was also another year of cat videos. This advert has both. If you haven’t seen this yet, be prepared, the sight of an unconscious kitten being revived is highly emotional".

"I love getting parcels, Who doesn’t, Especially at this time of year. I think this advert has captured that brilliantly and even though Royal Mail hasn’t had the best of years, they’ve scored a winner with this one".

"You know an ad is powerful when it makes you really want something that you know you really don't need and think is a bit wrong - like a 6.3 litre V8 engined car. I really can't decide if this ad is pitched perfectly or a bit tacky and misses the demographic completely – regardless, the mix of technology and raw sound of a V8 hits the spot for me. It was also one of the only ads that clearly divided opinion at home - maybe it's a man-thing. Now, to find that deposit on an £80K car."

"I Love a good Christmas advert and this one ticks all the boxes. Great mix of media use, beautifully styled and shot, festively fantastic"

"Anything with cute little puppies running around has me instantly won over. I challenge you to disagree"

"We weren’t sure when this was filmed and released but it’s still a hilarious take on the dressing room atmosphere. Zip it Shrimpy"

"With a new baby in the family this last year I can totally appreciate what this guy is going through. It makes me laugh everytime. A new motor wouldn’t go amiss either."

"For years now Churchill has taken the ‘if it ain’t broke, don’t fix it’ approach to their ad campaigns. For good reason, the ‘oh yes’ catchphrase, the loveable nodding dog and the increasingly ridiculous situations he finds himself in. This year he got a new owner, Martin Clunes being replaced by Dawn French, but still manages to amuse me every time. Here he is taking a ride in his own car. Brilliant".

"This advert is a dream come true for people who work in advertising. It has a very straight forward formula, the still shots of photographs with a voiceover; very effective. There is an entertainment factor and it would have been very cheap to produce. Great work on a small budget".

"This advert doesn't necessarily stand up to repeat viewings once the illusion is broken, but I remember being completely sucked in at first. It’s a simply ingenious ad for a nonsense product".

"This video broke the internet. Something that once you have seen you will want to tell everybody you see. Is it real? Can Van Damme do this? Who cares, it’s probably the greatest advertisement of all time".