There and back again…. A rambler’s tale of Kinder Scout 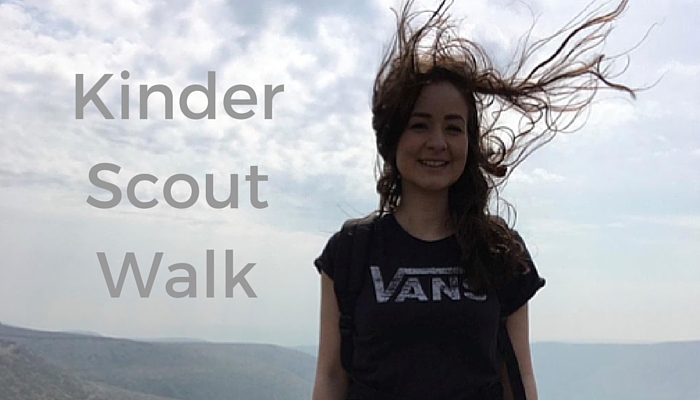 10 Access team members stand in the mouth of the Peak District’s Kinder Scout; crags fringe the hills, rocky outcrops bolster hillsides. There’s a 90% chance of a storm and everyone is wearing waterproofs. The more experienced have well-worn hiking boots on. Novices stand shivering in borrowed cagoules, feet tentatively shoved into new walking boots. Ham and mayonnaise sandwiches are nestled into bags with energy bars and water bottles.

The walk, suggested in a dry, warm office, seemed like such a good idea at the time. But now the team are facing a 8 mile hike and it’s 9am. On a Saturday. 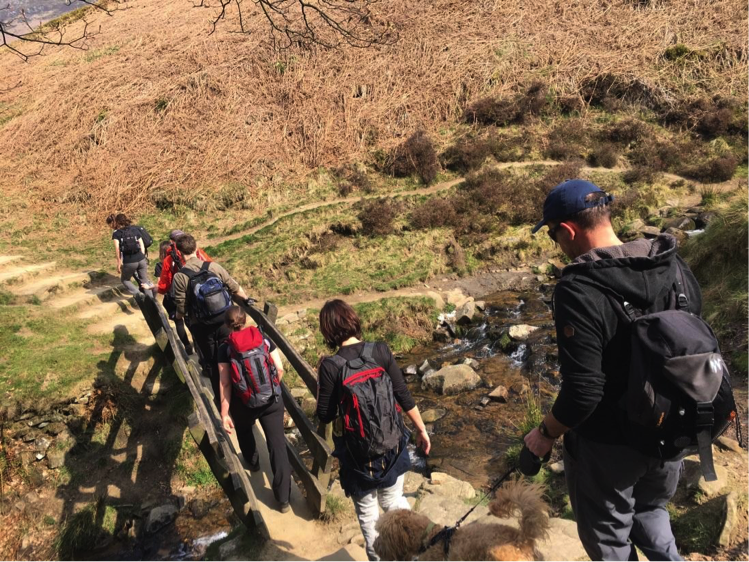 The team is headed up by Production Director John Neate: this was all John’s idea. Regularly escaping the office early on a Friday to tackle the most challenging hills and mountainsides he can find, this walk is a leisurely stroll in his eyes. The novices in the group however, including myself, are having the slow realisation we’re about to walk 8 miles. Up a hill. A really big hill.

Even MD Simon Landi’s dog, Dougie, is better equipped to deal with the walk’s trepidations - three Jammy Dodgers have already gone missing from my backpack. 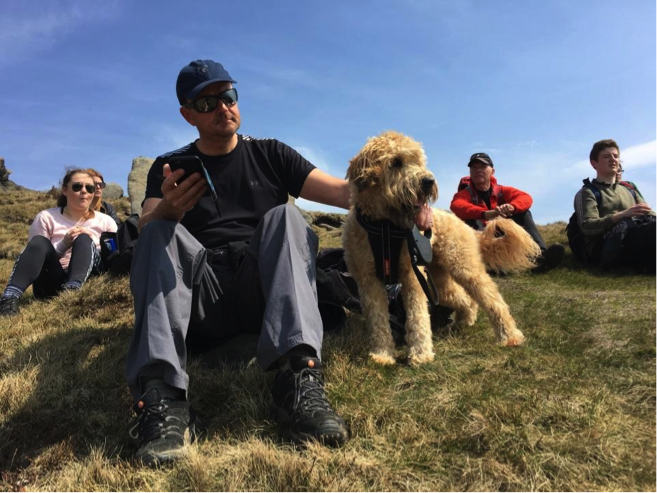 The dry, rocky throat of Grindsbrook Clough is the beginning of our trek. We climb. Dougie the dog careens past, showing up everyone in his wake. 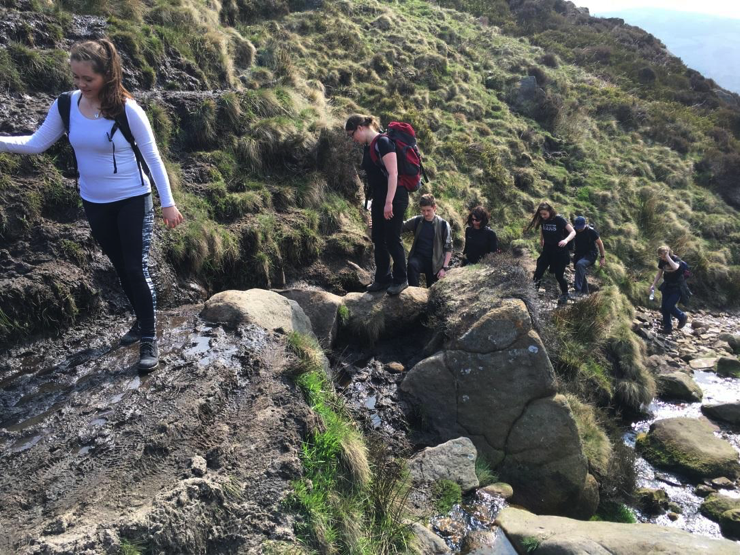 Trig point is reached. Sat on the highest point of Kinder Scout is an Ordnance triangulation point pillar. These cairn-like structures were used to pin-point precise locations across the UK. They’ve helped to map our country in a spectacularly accurate way. We pause, take in the view. 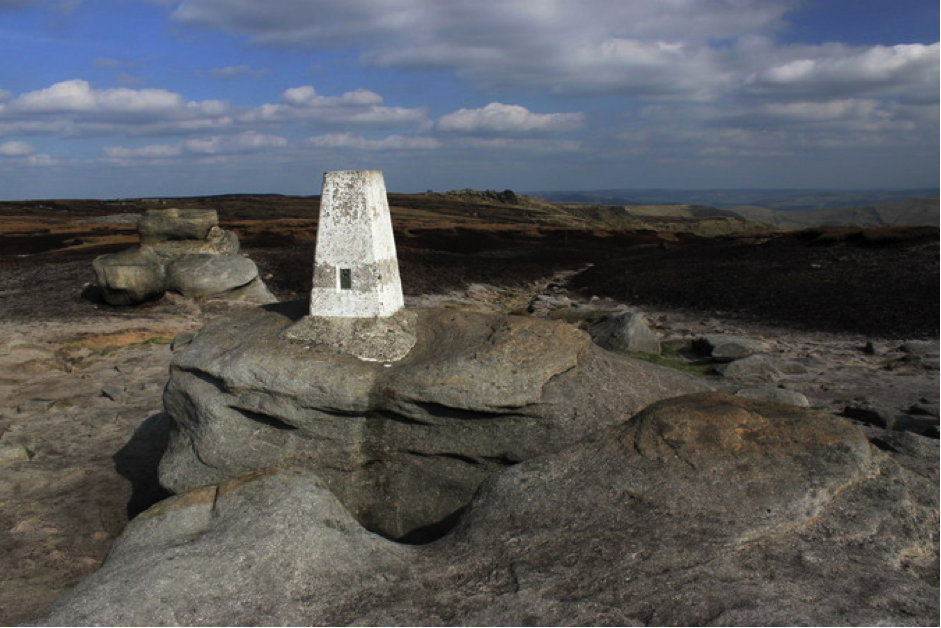 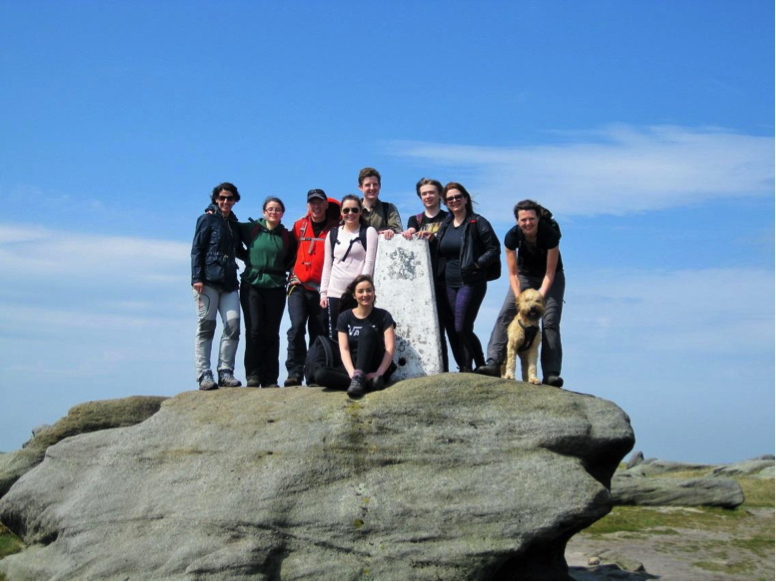 We begin the descent down Jacob’s Ladder and join The Pennine Way. A stony path winds its way into the surrounding hills. Any chance of a storm has disappeared; a blue sky blankets our view. Spirits are high now that we’re descending to the finishing point.

5 hours later we’re in the pub; Kinder Edge frames our view, the dog pants happily beneath our feet. It’s a Saturday well spent - even if it didn’t feel that way at the beginning. 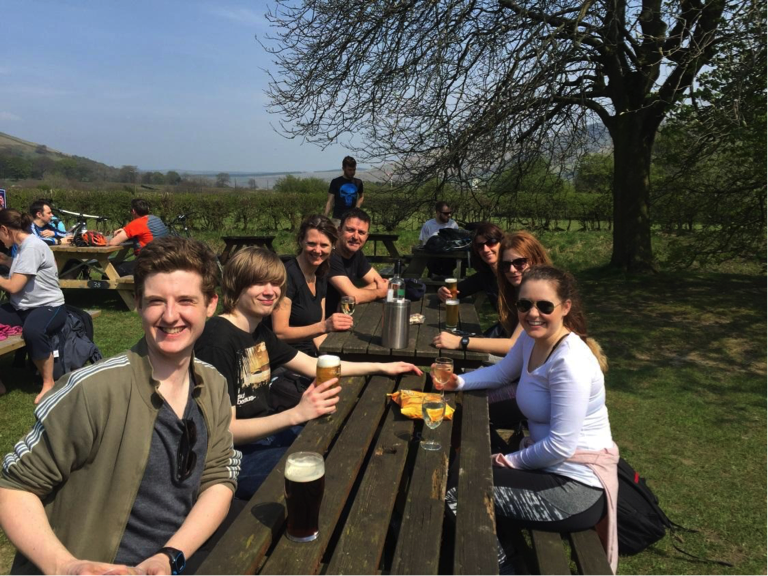 Attempting a similar walk? We’ve put together a handy survival kit for you:

More information can be found here