How do you change attitudes, alter behaviour and create dialogue around an emotively-charged subject like domestic abuse and violence against women? Over the last three years Access has worked closely with the Welsh Government to create an umbrella campaign, under the banner of ‘Live Fear Free’, aimed at doing just that. More than just a ‘traditional’ ad campaign, it needed to include all members of society the issue affects – for example, adapting to talk to the LGBT community in same sex relationships – as well as encouraging interaction, engagement and getting people talking and sharing openly.

Since then this multi-faceted campaign has built awareness in different ways, including an innovative social media strategy using Facebook to deliver a campaign where one of our case studies unfolded as if it were a series of posts with pictures, together with a dual language Twitter account linked to the website and videos.

The initial campaign drew plaudits from the public and specialists alike. Its innovative approach was a first for tackling the subject of domestic abuse on Facebook, and a direct result was a 30% increase in call volume to the All Wales Domestic Abuse and Sexual Violence Helpline following the Christmas campaign.

With around 95% of followers relevant to the cause, the campaign quickly built momentum and created plenty of noise amongst Assembly Members, the press and public, victims of abuse and charities alike. The number of followers doubled in the first two weeks, with key influencers like the NSPCC, Safer Wales and Welsh Women’s Aid. It’s also become an open and accessible sign-post for those in need of further help and promoted activities to help victims of domestic abuse.

While other agencies shy away from the apparent limitations of a small spend, we positively excel. The budget was tight, but we were resourceful and creative; working with the Welsh Government’s press office, our recommended platform also provided the perfect launch for PR activity. 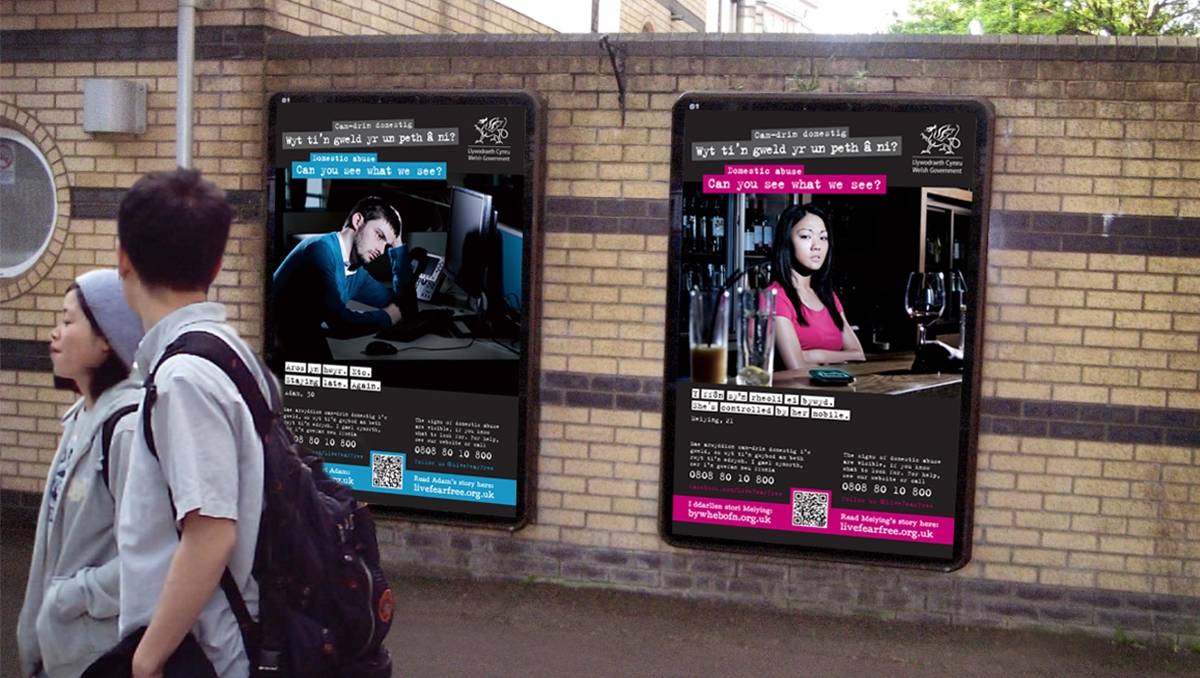 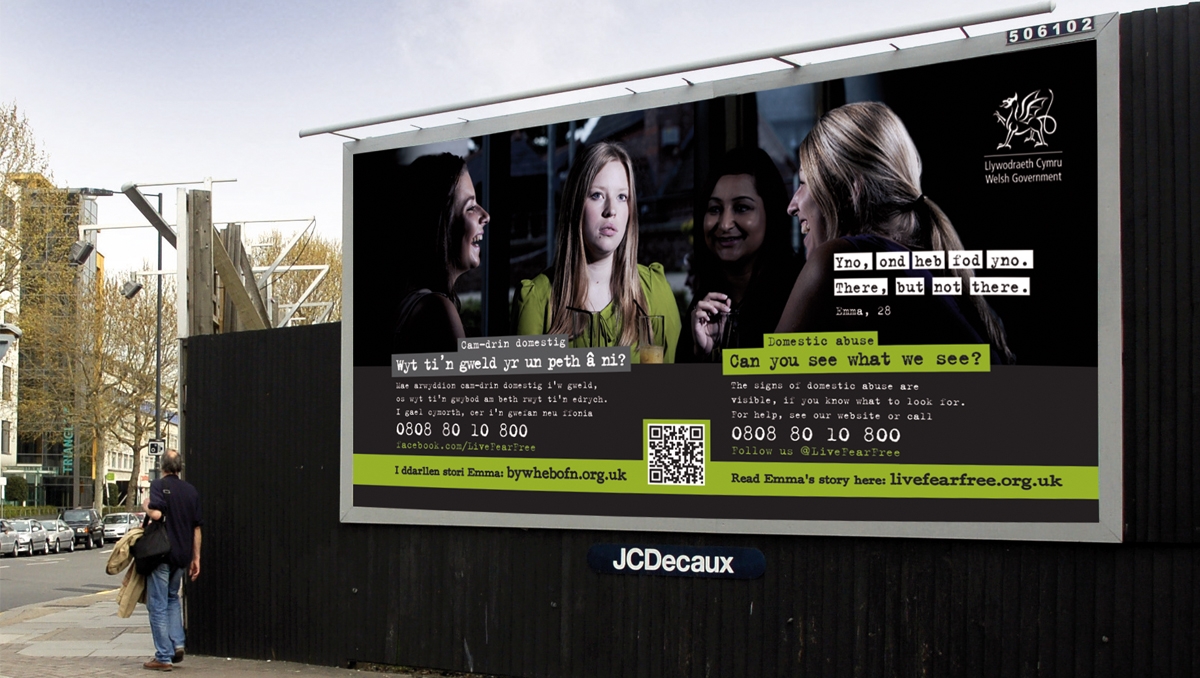 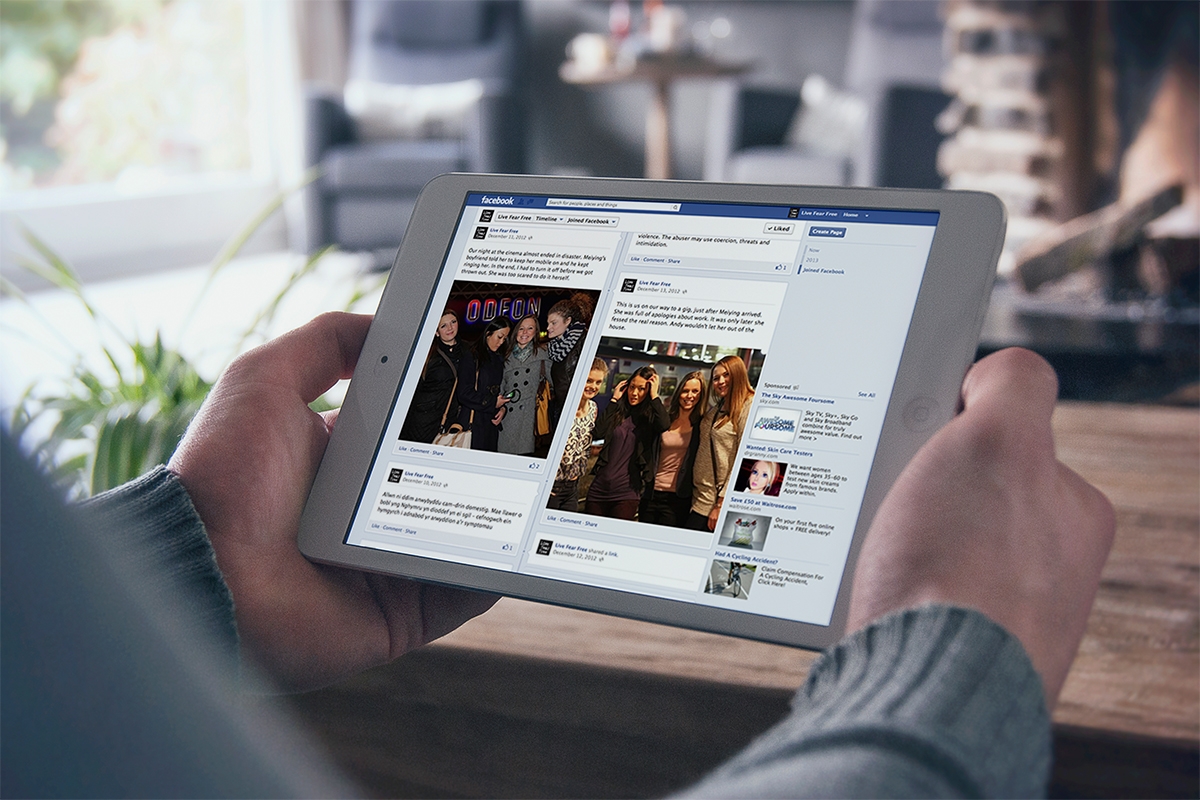 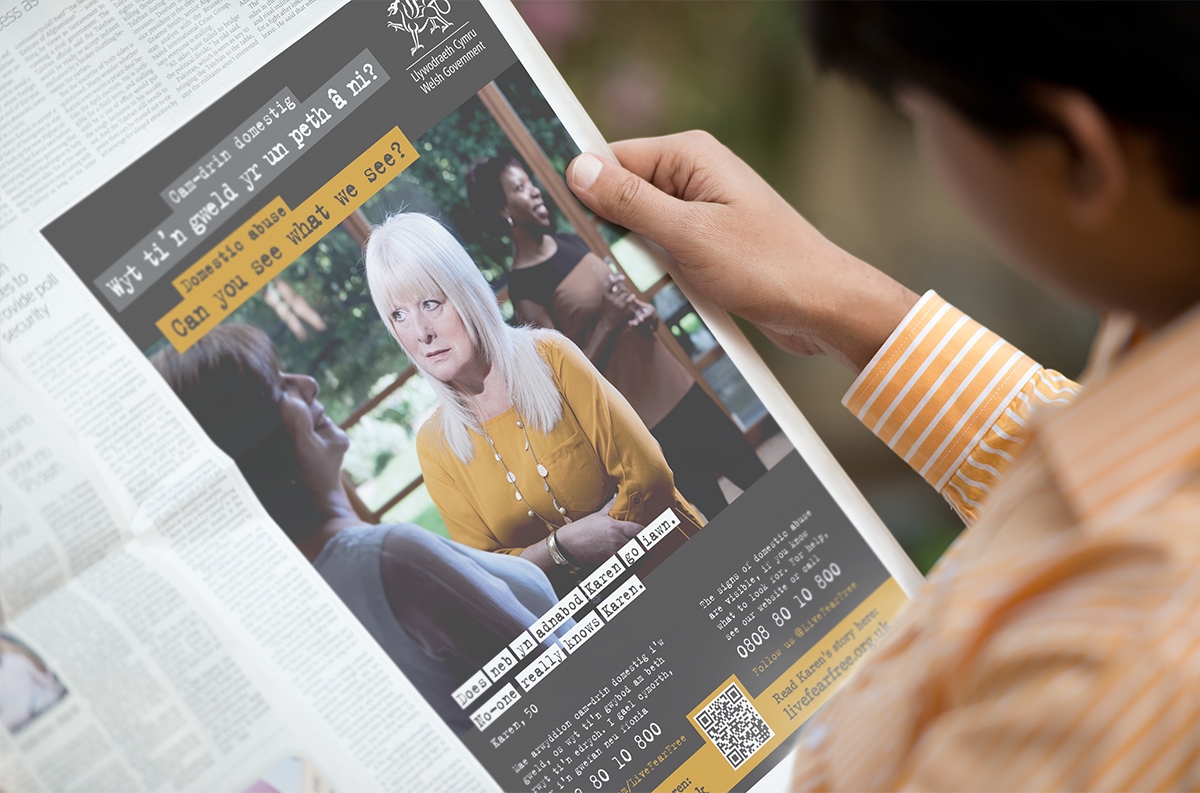