End of an era

On 23rd June 2011, the Government officially announced the closure of the Central Office of Information (COI). The statement told the press that they ‘had opted against a communications hub’, something that had previously co-ordinated and developed strategy and work across government departments, and was working to ‘capitalise the communication expertise within government departments.’ 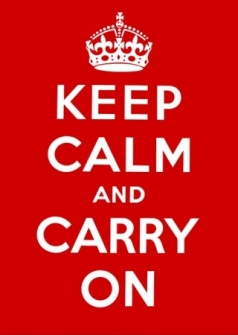 Waste of money or money saver?

Some would agree with this and suggest that COI was merely a middle-man who added expense and bureaucracy to the process. Others will look at the ₤539M spent for Departments’ through COI at its peak and agree with the Government that it was wasted money.

I would argue that in the vast majority of cases that it is not the case and is merely spin to justify the closure.

My opening reposte would be the Cabinet Office’s own report on the anti-smoking campaign which states a ₤5 return for the NHS for every ₤1 spent on communications. A campaign that spread across numerous communication disciplines, involved many agencies and required endless regional variations. One of a number of examples I could state that have ultimately saved taxpayer’s money.

Problems for the regions

Whether you agree or disagree with the decision there is one thing that nobody can argue with, for the regions the new government communication dawn is going to be chaotic.

The regional clients have been given little information about what to do next, they have different internal rules and systems for placing work, and with the public sector cuts will be focused on getting the cheapest deal possible, rather than the best. This will result in more cases of lots of agencies being asked to pitch for small budget jobs – I have just got off the phone to an agency who recently pitched and was told that they were the first of 19 agencies the client will be seeing for a ₤15K video project. Agency time and resource wasted obviously, but also think about the amount of taxpayer’s money wasted by people sitting through 19 pitches.

You never know, it may all turn out for the best!

By the way, in a statement last week the Government announced that a Government Communications Centre (GCC) operating from the Cabinet Office will take on many of the functions and shared services previously handled by the COI from Monday 2 April. It will handle strategic planning and activity launched centrally in line with government priorities. It will also offer media monitoring and media planning and buying services for Whitehall departments.