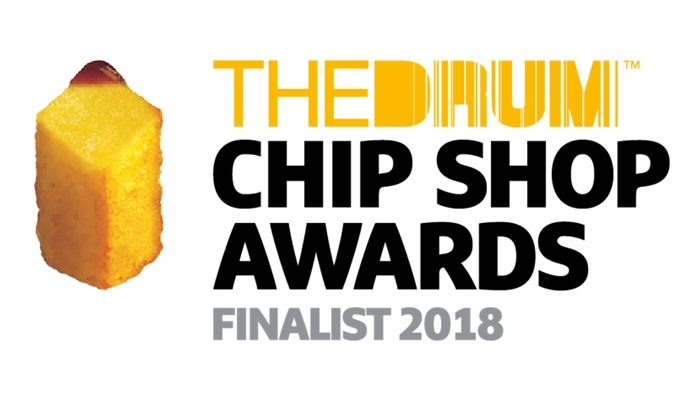 There are over 165,000 charities in England and Wales and it is estimated a further 20,000 in Scotland. All of them are underfunded and need money from the public to provide their services. All of them are worthy and will be relevant to a certain subsection of society whose lives have been touched by that specific charity's subject matter.

Most also rely on volunteers to keep them afloat. Sometimes things go wrong. A member of staff or a volunteer may do something that damages the reputation of that charity, a contracted party may push too hard for a donation or, in an attempt to gain extra share of voice, a communication message may have overstepped the mark.

In their response Cancer UK stated that 'The aim of the charity’s campaign is to raise awareness of the fact that obesity is the biggest preventable cause of cancer after smoking. This is not about fat shaming. It is based on scientific evidence and designed to give important information to the public. Only 15% of people are aware that obesity is a cause of cancer.'

This argument seems to be backed up by our own NHS who on their website state "It's very important to take steps to tackle obesity because, as well as causing obvious physical changes, it can lead to a number of serious and potentially life-threatening conditions, such as:

Obesity can also affect your quality of life and lead to psychological problems, such as depression and low self-esteem (see below for more information about the health problems associated with obesity)."

So maybe it is a good thing that the Cancer Research UK campaign has made people aware of the problem with obesity and started the debate, that was our opinion and the driving force behind the ad we produced for the Chip Shop Awards.  The Chip Shop Awards are a platform to celebrate creativity without limits. Anything and everything is allowed, whether it be a university graduate improving an existing advert, or a creative agency with a campaign idea for a product that doesn't yet exist.

This is the work we produced (below) and we have been lucky enough to be shortlisted in the 'Best Charity' category. 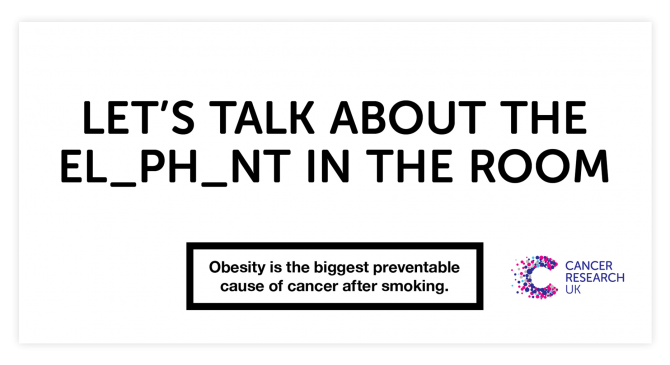 We look forward to any backlash and hope it helps Cancer Research UK to get their message to a wider audience.

If you want to find out more about the awards and see the previous winners click here.