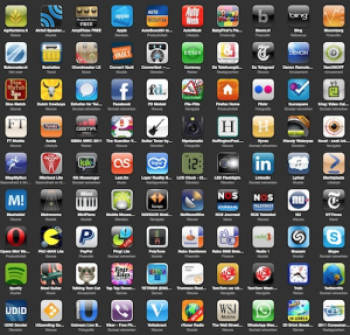 I thought I would jump on the bandwagon and contribute to the Access ‘my favourite app’ mini-series. I was due to write a blog and I’m always on my phone, so thought this makes perfect sense. Imagine my horror when I realised I have over 120 apps on my phone, none of which stand out as my ‘favourite’ which makes writing this somewhat difficult.

I would say 70 per cent of my apps are practical apps, designed to make my life easier. The other 30 per cent are probably made up of various social media and entertainment apps. This pretty much sums up how I use technology… I use my iPhone to get information quickly; I use social media to keep on top of news (mainly sports related) and then when I have the odd 30 minutes to spare I enjoy the occasional quiz (I would recommend Sporcle).

So instead of focussing on one favourite, here are my Top 5 (more practical) apps…

It is fair to say I like to eat but I have standards. As with the desktop version this allows you to pick restaurants based on other people’s reviews.  The real benefit of the mobile app is that you can search based on your current location, which when you’re abroad means you can avoid the local greasy spoon in favour of a much classier establishment. I’m never off this app when I’m out and about, so Tripadvisor would easily score a 4 out of 5.

There isn’t a shortage of cheap flight websites these days but Skyscanner have it 100% right. The app is easy to use, it aggregates costs for all the major airlines and displays the results exactly how you need them. I think Airlines can learn from Skyscanner, as more people spend time researching flights than actually booking them, Skyscanner makes the research quick and painless.

As a frustrated commuter I always check the traffic updates before leaving for the office. Contrary to popular opinion I quite like Apple Maps, particularly for live traffic information. This data is provided by Waze which is an app in itself. Recently bought by Google for $1 billion, Waze allows its community of users to feed real time traffic updates by learning from users' driving times and average speed. Users are also able to report accidents, traffic issues and even speed traps (obviously not while you’re driving). I like to think all future GPS systems will be able to plan the quickest route home based on live traffic information and alert you to potential issues.

Back to food, the Just Eat app is the ultimate lazy boy app. You can search menus of local takeaways, order food to be delivered to your door, pay for it online and the only time you actually have to get up off the sofa is to collect it from your door. Obviously I’ve been told all this by a friend who also said it was an easy seamless process.

If you have an argument at work about whose brew round it is, then you can use this app to randomly choose whose turn it is. Thankfully I’ve not had to use it at Access yet but that time is coming. If you do use it, remember the tea app decision is final.

This blog is part of a series: