The Phenomenon of the John Lewis Christmas TV Adverts 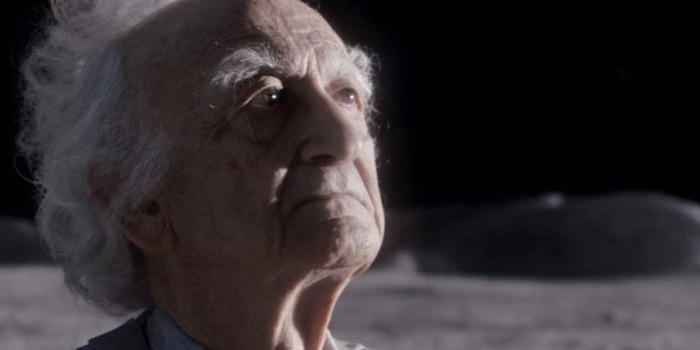 Once again, it’s that time of year when advertisers start to push Christmas, which seems to start earlier every year. One of the indicators that we are officially in the festive season is the now eagerly awaited airing of the John Lewis Christmas TV advert.

There is something quite amazing about how a TV advert can become popular and it’s a testament to some of the great talent we have in this industry. In this country, some adverts really do get under the skin of the public and get talked about so much; with the best examples coming from the John Lewis ads (in particular those from recent years) - even the global marketing machine Coca-cola can’t compete!

What makes the adverts special and why do the public care so much?

The 2007-2008 ads were produced by the world renowned agency Lowe London (now Mullen Lowe Group) and whilst they were still great, they focus heavily on promoting the brand, rather than telling a story in comparison to the 2009-2015 adverts, produced by the multi-award winning London agency Adam & Eve.

So after looking at the recent series of ads - apart from attempting to tell a tale - what else makes them stand out?

One thing that marketers could learn from John Lewis is that the product doesn’t have to be the main focus to achieve sales. Aside from being great stories, these adverts make great commercials, with the proof being in the sales figures:

This is noticeably the most ‘commercial’ of the ads created by Adam & Eve, as they show lots of products suitable for grown-ups being opened by children. The ad recaptures the excitement children get from opening their presents as well as becoming a visual representation of the song lyrics.  ‘Remember how Christmas used to feel? Give someone that feeling’ is the ending line, giving an indicator in the change of advertising sentiment for John Lewis.

The second advert by Adam & Eve is a disjointed tale with the thread of ‘caring enough to buy someone a present’ holding it all together. On the whole, the advert is fairly commercial; however the focus has very much switched from the products to the people. The ending line ‘For those who care about showing they care’ is the ‘aw’ cute moment of the advert and is pretty much the ending for all of their adverts now, in one form or another.

Great song choice, pretty much every Smith track is a mini story – I wouldn’t be surprised if they use another at some point! The ads are getting longer now; more epic and with a real story. 2011’s ad is all about the frustration and anticipation of waiting for Christmas from the viewpoint of a little boy. In particular, I love the part where he is sat on the floor bouncing a rubber ball off the wall. It’s a scene taken from an iconic British Christmas film; ‘The Great Escape’ – another great marketing twist from John Lewis for their UK audiences. The advert ends with the line ‘For gifts you can’t wait to give’, again giving the idea of what Christmas is all about.

'The Journey' - 2012
Length: 1:30
Music: Frankie Goes to Hollywood’s ‘The Power of Love’ covered by Gabrielle Aplin

Keeping with the 1:30 time frame, the emotional choice of music really helps this advert to tug on the heartstrings of the viewers. The idea of humanising snowmen is genius, with the advert following the epic journey of a snowman crossing mountains and rivers so that he can buy his love the perfect gift. The ending shot sees the snowman’s love wearing a John Lewis scarf and glove set, meaning it’s time to cue the tears as the line ‘Give a little more this Christmas’ brings the ad to a close.

For me, this is the most memorable John Lewis Christmas advert. The storytelling; the choice of music; the art direction and production quality – it’s almost unfair to call it just an ‘ad’ as it’s such a work of art. It amazes me how this advert combines both traditional hand drawings with a photographic stop motion technique, using the drawings and character designs from the talented Aaron Blaise (who has worked on Disney’s Pocahontas and also the Lion King). Check out the behind the scenes video – there was a huge amount of effort taken to create this!

I love this ad as it is both memorable and mesmerising. The ad takes you on an emotional journey from the happiness of the Bear and the Hare’s friendship, to the sadness of the Bear’s hibernation. The ad then moves back to the joy of the Bear as he is joining his friend on Christmas Day after receiving an alarm clock as a gift, leaving the tagline ‘Give someone a Christmas they’ll never forget.’ There are some notable touches in the art direction that I love. The screen scrolling up, changing from summer to winter is a technique similarly seen in the movie ‘Highlander’ (the camera moving up through a lake to come out through a fish tank) as well as the superimposition of the moon over the cave mouth when showing the passage of time.

2013 also saw the John Lewis ads becoming much more involved with social media, becoming the most discussed online topic. The advert premiered in a prime time Saturday night TV slot on the X-Factor, with an unprecedented announcement beforehand. The announcement caused a lot of discussion, which can be seen in this episode of the reality TV show ‘Gogglebox.’

Over its weekend debut, John Lewis gained 7,000 new Twitter followers; 12,000 new Facebook fans and 4,600 new YouTube subscribers. The Bear & the Hare each had their own Twitter accounts as well as a combined account for the two characters - the three accounts combined still have over 20,000 followers!

The budget for social media appeared to have increased vastly for John Lewis, as using social media in marketing helps heighten a campaign’s impact. The link at the end of John Lewis’ advert on YouTube ‘Click here to continue the story’ takes you to a page on their website where you could download an interactive storybook app for Apple and Android devices, providing a further experience for the viewer overall.

This is officially the most-watched John Lewis Christmas advert, with almost 24.7 million hits on its official YouTube channel. The choice of music is simply brilliant, giving a John Lennon song a new arrangement and using the extremely talented and young artist: Tom Odell. To me, the song has hints of a Randy Newman-style Pixar track; however it works well to show the friendship between the young boy & his penguin friend.

The penguin & little boy are inseparable from playing games to taking walks in the park. It’s only when the words ‘Real love’ are said for the first time that the little boy realises that his friend is missing something and heart-warmingly finds him a life-long penguin companion for Christmas. However, the advert ends with a twist as it’s revealed that the boy’s penguin is actually a toy. The tagline ‘Give someone the Christmas they’ve been dreaming of’ is extremely apt and works well with the whole storyline, showing audiences that Christmas is what you want to make it.

Following on from the social success from 2013, John Lewis also created Twitter accounts for Monty the Penguin and Mabel the Penguin – which have a combined total of over 36,600 followers! The YouTube channel encouraged users to ‘Click here to continue the story’ which lead to another interactive story, however, this now redirects to their 2015 ‘Man on the Moon’ advert. Fortunately, because of a great website called ‘The Internet Archive Wayback Machine’ we can still see what it looked like.

Like the rest of John Lewis’ song choices, this song fit perfectly with the theme of the advert: loneliness. ‘Half the World Away’ is used much more literally here than when it was used originally for the theme-tune of the comedy drama ‘The Royale Family.’ Personally whilst I think the song choice is great, the slower, almost dreary arrangement style is getting a bit tired now.

The ad surrounds the idea of making someone happy this Christmas, using an old man on the moon as the focal point. The little girl and man both meet via a telescope, looking sad as no contact can be made for Christmas, despite the girl’s futile attempts. As the girl unwraps her presents on Christmas day, it’s clear that the man in the moon is unhappy and alone. Suddenly, a gift arrives, which he then unwraps to reveal a telescope which he uses to contact the girl on Earth, encouraging viewers to ‘Show someone they’re loved this Christmas.’

In the first week alone the advert had almost 12 million views on YouTube and will undoubtedly become the ‘most watched.’ In the first three hours after its release, almost 40,000 Twitter posts using the hashtag #ManOnTheMoon were recorded, including the teaser tag #OnTheMoon. I suspect the huge social media buzz is down to the steamroller effect of the previous adverts, as well as the huge expectation there now is for these ads, rather than the brilliance of the ad itself.

Personally, I think it’s the weakest of the entire series. The strange, surreal situation doesn’t come across well and leaves many enigmas:

The theme of the advert also comes with some controversy as John Lewis state that they have partnered with AgeUK to ‘help some of the million older people who will go for a month without speaking to a friend, neighbour or family member.’ An admirable sentiment, however no mention of this is made at any point during the advert – there’s not even an AgeUK logo anywhere to be seen.

The only reference to AgeUK is a small link on the website which can be found after scrolling past the product-selling links. Even then, their partnership seems to solely consist of pushing people to make donations and purchase charity aided gifts, rather than forming an actual relationship together.

It’s not just me being cynical; check out this interesting read on the Independent ‘The John Lewis Christmas advert and the commodification of loneliness’

What do you think about this year’s advert? Does it live up to the previous years? Which one is your favourite – we’d love to hear your opinions!