Meanderings of a Paperman 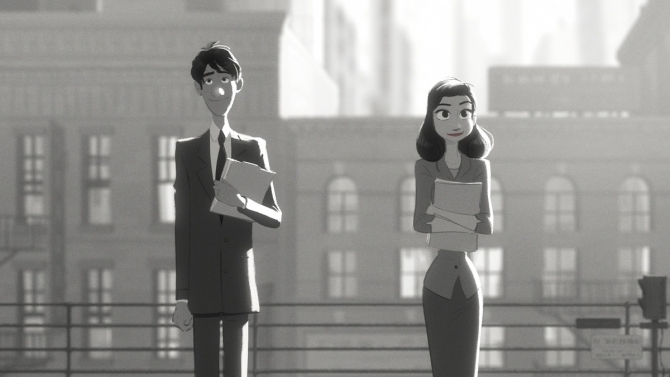 In 90 days (17 hours and 44 minutes…. but who’s counting?)  I’ll be on my way to Disneyworld Florida and my excitement can barely be contained. I have an endless list of things to do to during my stay there, but the closest thing to Disney right now is my collection of Disney Blu-ray films.

A recipe for success

From the classic Snow White to the recently released Monsters University, Disney never fails to produce a film I’m in the mood for.  And, being a fan of all things Disney, I was blown away by their latest achievement Paperman. This Oscar winning short has not only won me over, but has also captured the attention of animation fans everywhere.

To ensure that nobody misses out, Disney has published the full short film online for all to see. http://bit.ly/1c2guh9

This Oscar win is a feat for Disney – hand drawn animation, a technique thought to be long gone has been revived and amalgamated with CGI to create a hybrid animation.

The new technology, named Meander by Walt Disney Animation Studios, merges the expressiveness of the Artist’s hand with the power and flexibility of CGI. Essentially this skill allows animators to draw directly on top of the CGI.

The characters and backgrounds are first rendered digitally, and then hand-drawn illustrations are layered over the top, giving the figures an amazing 3D quality. The final result is a drawing which balances digital animation and hand drawn illustration flawlessly.

This blend of old and new techniques beautifully creates and reflects the film’s bittersweet’s aesthetic, the 6 minutes film manages to represent a love story, with the all the twists and turns expected, finishing off of course, with a classic Disney ending.

Meander technology has given filmmakers the opportunity to make Paperman, the classic “boy meets girl” tale into something fresh and exciting. Disney’s constant improvement and change demonstrates that the above all the revolutionary technology, every animation comes back to the humble line.