12 things we learnt at DrupalCamp North 2015 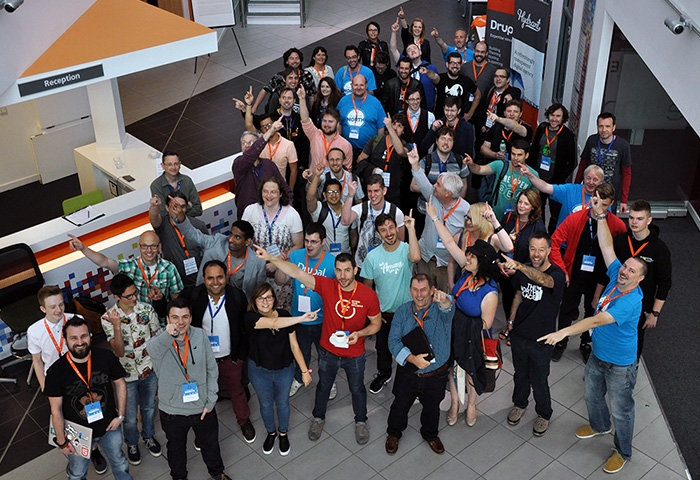 DrupalCamps are much more that just lectures and BoFs. With one eye on the work/life balance, here are some of the things we learnt when our dev team visited DrupalCamp North 2015.

1. There is a successful Drupal apprenticeship scheme coming to the north

Crispin Read and Sheena Morris presented their plans to roll-out their Drupal-focussed apprenticeship scheme to the north of England. We discussed the opportunities for local businesses to take on apprentices or to lend their expertise to the bootcamp phase of the scheme. Find out more...

2. Phil showed us how to benchmark and then improve the performance of Drupal 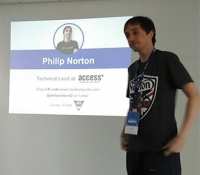 Our very own Phil Norton gave a session looking in to the tools you can use to analyze the performance and benchmark a Drupal site. He then took a look at tools and techniques that can be used to improve the site performance. He rounded the talk off with a case study about the Drupal based BAFTA website our team built. Focusing on the recent Film and TV awards, which saw a large amount of traffic in a short amount of time. Get the slides on Slideshare.

3. Usability testing of Drupal 8 has led to some great improvements in the backend

Core contributor, Lewis Nyman, gave us an interesting overview of how the forthcoming Drupal 8 CMS has been put through its paces at a professional usability lab. He explained how the findings from the tests have led to some significant improvements to the site builder experience.

4. With the help of crowd funding, Drupal 8 bugs are being squashed

Holly Ross of the Drupal Association presented (via video link) the progress that's being made to fund development on Drupal 8 release blockers. The crowd-funded Drupal 8 Accelerate programme is well on the way to raise $250,000.

5. Ansible playbooks can do some great things for automating the development workflow

Jeni Tehan shared her experiences of using Ansible to automate the trashing and rebuilding of a complex development website. The theory here is to keep a very clean working copy by regularly rebuilding the development site from freshly downloaded modules and custom features. Ansible runs the terminal and Drush commands for you, in a repeatable and reliable way.

6. Ash can successfully present a talk with a monster hangover 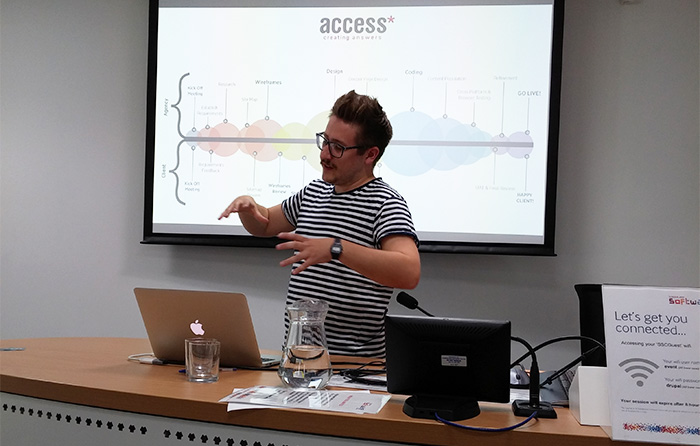 Ash gave a great talk on his 'Project Management Toolbox' where he shared with a large group, the software tools and soft skills he recommends for successful project management. He somehow performed this despite having a monster post-social hangover. His slides are now available on Slideshare.

But sometimes the hangover just catches up with you... 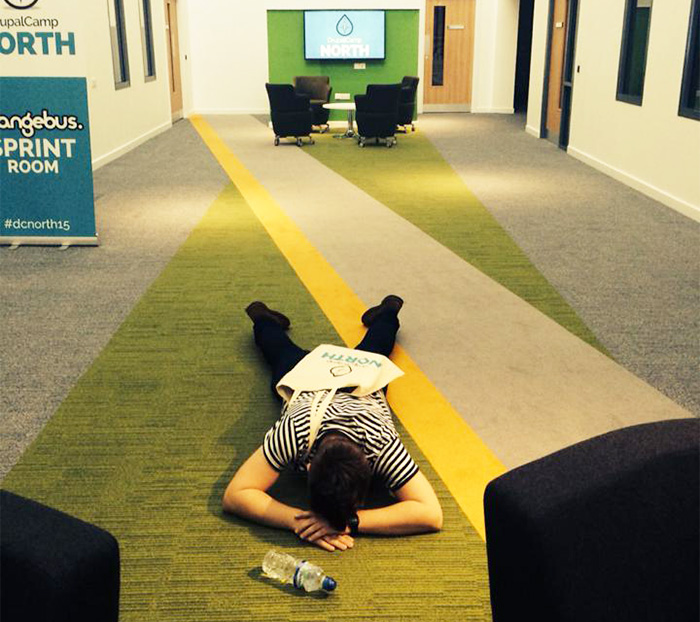 7. Creating Drupal 8 themes with Twig might be easier than I thought

I was feeling a little anxious about the forthcoming changes to theming in Drupal 8 but Lauri Eskola put my mind at ease with his great talk about Twig. It was interesting to hear about the new core base theme 'Classy' that other themes can extend to get a leg-up.

​8. It's a good idea to attend DrupalCamps

​Ok, we already knew this. If you're involved in the Drupal ecosystem and haven't attended an event like this then you need to fix that! I've personally attended four DrupalCamps and two DrupalCons and they never fail to impress me with the quality of the programme, professional organisation and the friendliness of the attendees.

9. Don't do a long drive on a wet Friday afternoon 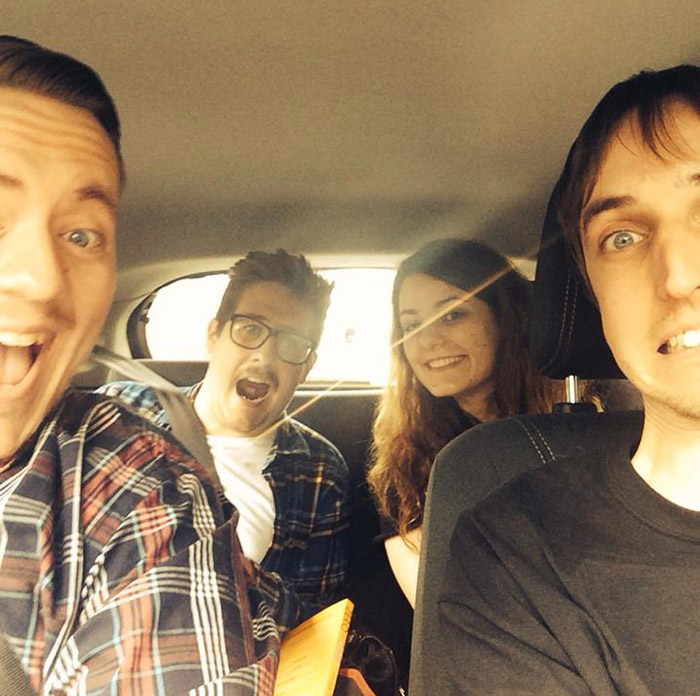 I had the great idea of driving the team from Manchester to Sunderland on the Friday afternoon. I came to regret that decision after it took us 2 hours to travel the first 10 miles due to sucky traffic. Joshua, my SatNav man, got us there in the end.

10. Irina had never eaten at Nandos

We corrected that issue straight away with a cheeky Friday night trip to Nandos Sunderland.

11. Drinks are super cheap in Sunderland 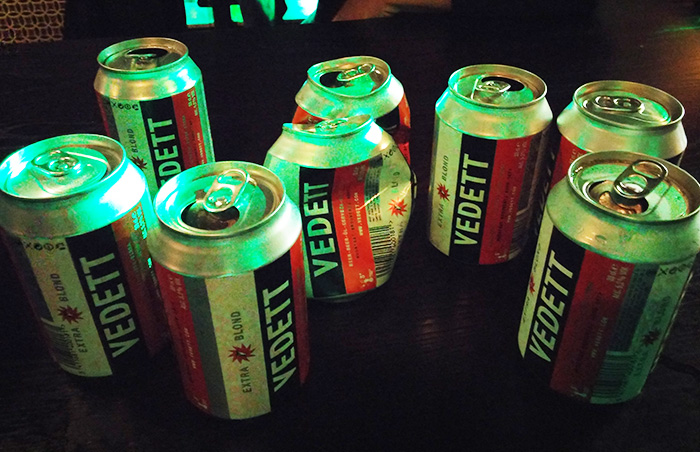 Ok, we are talking about Wetherspoons, but we drank all the Vedett they had because it was £1.25 a pop!

12. The roof of the Sunderland Software Centre is not the ideal spot to view an airshow 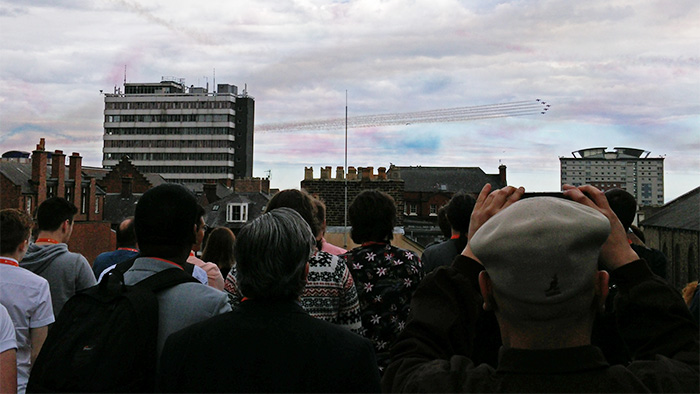 The Sunderland Airshow was in town so after the sessions were complete we headed to the roof terrace to watch the Red Arrows do their thing.

The success of an event like this is due to the hard work of volunteers, speakers and sponsors. Congrats to the organising team for #DCNORTH15, you put on a great show!