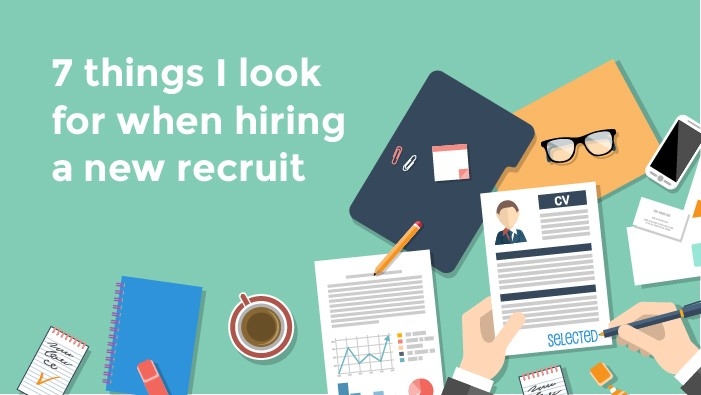 In January, over 30% of the UK workforce will look for a new job. A new job is often at the top of people’s New Year's Resolutions list, but why? Why does the new calendar year suddenly see a rise in job applications? Research from Indeed taken in 2016 showed that 62% of people cited their wage being one of the key motivators. With another 31% stating they were on the hunt for a better title with more responsibility.

Clearly, the new year brings a new confidence. It’s probably due to that two week break at Christmas where you forget what work is really like. However, if you’re joining the 30% seeking out a new role in January then you’re in luck, our MD Simon Landi is here to share the top 7 things he looks for in a new recruit.

Will you meet the mark?

Working in adland, this is an important one for me. Whether we’re pitching for new work, dealing with existing clients or talking internally, I like someone who wins me over. Our business is all about selling ideas - and no one wants to buy an idea from someone lacking presence and conviction. If you manage to charm me and show your unique personality then you’re more likely to get a call back or get the opportunity to then convince others.

Advertising often gets a bad wrap for honesty, however the people I deal with on a day to day basis have to be honest with me. My company is founded on its people - if they can’t be honest with me, especially when it comes to delivering bad or uncomfortable news, I’d feel like I’d failed somehow. It’s also an important skill for client facing roles. Pair that with diplomacy and you’ve suddenly become a very desirable candidate.

3: Someone who goes the extra mile

This translates in many ways in business. Whether that be researching a client’s problem, presenting with that extra bit of flair, or someone who actively takes the time to really solve a problem. This is one of the surest ways to get my attention. Show me someone who wants to do better than expected and they’ll be rewarded for their efforts.

4: Someone who has done their homework

From typos on CVs to someone being late for their interview - attention to detail says a lot about a person. It’s one of the quickest ways to show a level of professionalism, and is something you will be expected to meet in your day to day job working at Access. If you can’t achieve attention to detail, then you’ll also be lacking on point 3.

6: Someone who gives constructive feedback on a previous employer

There’s clearly a reason why you’re looking for a new job if I’m interviewing you and there’s plenty of reasons why someone is looking for a new role. However, if I ask you about your previous employer always offer something constructive, rather than a negative. For example don’t say;

“I hated the way my boss managed me in my last role, I felt my every move was watched.”

“In my previous role I found I worked better when I was macro managed rather than micro-managed. I recognised I liked to have a manager that guided me rather than dictated my workload.”

7: Don’t worry about being nervous

I’ve been interviewed before - and I know just how you feel. We never hold it against someone if they’re nervous in their interview. As long as they deliver on all the other points, then we won’t mind if they come across as a bit nervous. Interviews are inherently scary at times, don’t worry and just be yourself.