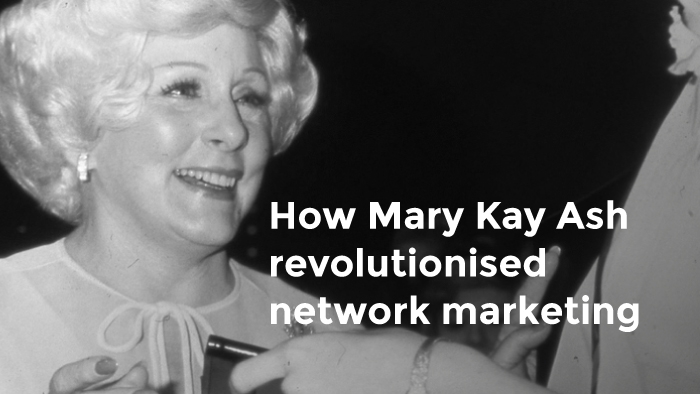 Inspired by International Women’s Day, we wanted to take a look at an iconic figure of business, who almost single-handedly created brand new opportunities for women to realise their dreams of owning their own business, and enabling them to achieve personal financial success.

“I truly believe that women can do anything in this world that they want to.” - Mary Kay Ash

Imagine being a direct-salesperson in 1963. Imagine having 25 years experience in the industry. Imagine you’re female, and a man you just trained is promoted above you and offered twice your salary.

Many would have just got on with it, accepting it as an example of the typical sexist workplace attitudes that were prevalent then and, in some cases, still are today.

Not Mary Kay Ash. She quit.

Then, at the age of 45 and armed with life savings of $5,000, 25 years of experience in the industry, and a newly developed innovative business model, she purchased a small skincare store in Dallas.

Network marketing, which uses independent distributors to sell products and manage their own work force, wasn’t invented by Mary Kay Ash by any means. The premise of her company was similar to the companies she’d worked for earlier in her career: distributors would sell products at home parties, similar events, and on a door-to-door basis.

But she realised there was a huge untapped, available workforce - housewives who were sick of the chores, but didn’t want a full 9-5 job. They had a ready made network of contacts; their friendship groups, but weren’t using them. This was revolutionary in itself, at a time where women were firmly expected to stay at home.

“So many women just don’t know how great they really are.” - Mary Kay Ash

These consultants bought the products from Mary Kay at wholesale price, and then sold them at RRP. They also earned commission for recruiting others into the business, and could grow to employ their own personal sales force if successful enough. This kind of opportunity had never been open to ordinary women before.

Kay also reduced sales territories, believing them unnecessary, and increased the incentive programmes, the most famous of which being the iconic cars. She accidentally created one of the most recognisable trademarks in the world when she decided that top salespersons were to be awarded a pink Cadillac. A move since described as ‘genius’, it simultaneously motivated distributors and offered mobile advertisement for the company’s products. 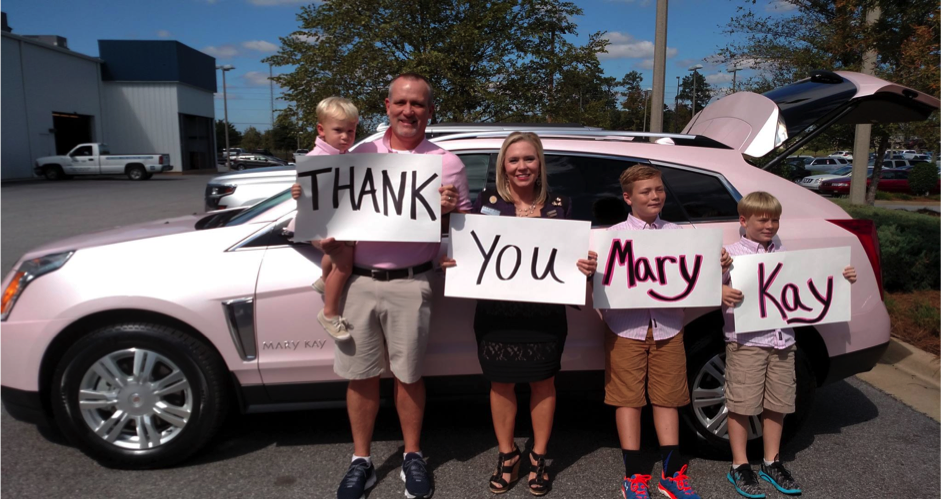 Nurtured from its humble beginnings, it was an instant and long-term success.

She inspired millions of women through her entrepreneurship, compassion and dedication to succeed. She also influenced various other companies, the most famous example probably being Avon. The company has been ranked numerous times in Fortune magazine’s ‘The 100 Best Companies To Work For In America’, was listed on the Fortune 500 in 1992, and is featured in Forbes’ book ‘The Greatest Business Stories of All Time’.

"Sometimes I wonder if my mother was aware of the seeds she was planting in my life as a child and where they would not only take me, but thousands of other women.” - Mary Kay Ash

Mary Kay Ash sadly died in 2001, but lived long enough to see that network marketing and marketing as a whole, would never be the same again.

Do you have any thoughts about Mary Kay and her impact on marketing? Let us know on our Twitter.