Five lessons we can learn from Pepsi’s ad disaster 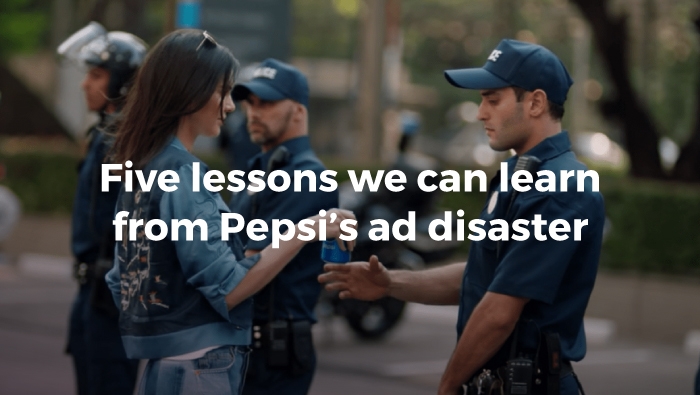 You know, the one where Kendall Jenner rubs off her lipstick, winks at the hot guy, and then solves all of the world’s problems with a can of Pepsi. Pepsi claimed they were ‘trying to project a global message of unity, peace and understanding’, with the ad inviting us to ‘join the conversation’. The internet had other ideas.

"Kendall please! Give him a Pepsi!" pic.twitter.com/pO1PTYkCHW

When one of the biggest corporations in the world gets something so wrong, as an outsider it’s interesting to analyse what happened. After all, if a smaller company had made a similar mistake, they may not be able to recover. So now that the dust has settled and the furor has died down, here are five things we can learn from Pepsi’s ad disaster.

Take a step back

Pepsi’s ad was reportedly produced by their in-house creative team. Belief in your brand and idea is a good thing, but excitement can quickly turn into fever-pitched ignorance without an overseeing impartial observer. This is, of course, one of the benefits of working with an outside agency. However if you do decide to self-produce, then it’s a good idea to appoint a member of the team to constantly play devil’s advocate on every decision, ensuring you get the alternative perspective that Pepsi so badly needed.

Celebrity endorsement is one of the most popular, and if done correctly and appropriately, effective marketing techniques. For example, in 2009 Nike’s Air Jordan sneakers took 75% of the US basketball shoe market and 10% of the entire shoe market, largely thanks to endorsement by basketball legend Michael Jordan.

Yes, Kendall Jenner is a globally renowned model and reality TV star, but in such a politically charged campaign why not choose someone who has been an activist, or spoken out on social issues? Her appearance felt completely out of context and even managed to offend a few people in the process.

Ask yourself; does my spokesperson match my idea, or are we shoehorning someone into an existing idea?

If you want to take a stand, actually take one!

We like it when brands commit to taking a stand on issues we support, even more so when they risk turning away those who disagree. MTV created the 79% Work Clock in response to statistics showing that on average, women were still only earning 79 cents for every dollar paid to men, and it became a viral sensation. So where did Pepsi go wrong? They tried to appeal to everyone.

They utilised the visual language of a protest to jump on a hot topic (e.g. Black Lives Matter), whilst displaying vague, ambiguous and ‘safe’ picket signs like ‘Peace’, and ‘Love’. The result? They appealed to no one.

Pepsi’s ad is clearly aimed at Millennials. However, its heavy-handed attempt at appealing to a younger generation resulted in a strong Steve Buscemi in ‘30 Rock’ vibe: 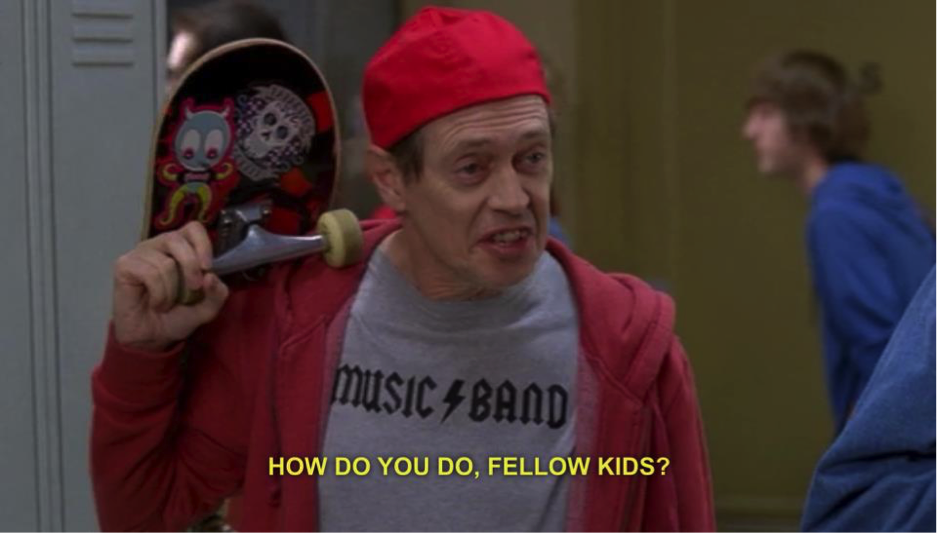 Photo via Skate and Annoy

It’s clear that it was produced by older marketers, trying to be ‘down with the kids.’ A simple focus group, or even just showing a millennial a preview and asking for their opinion, could have saved Pepsi from embarrassment.

In the wake of the Pepsi advert coming out, Heineken released this:

Where the Pepsi advert failed, the Heineken advert triumphs. The product acts as a catalyst for change - rather than being shoehorned into a trending topic, it is the reason the characters in the advert are there. The emotions offered from the narrative in the advert are genuine; I believe the people feel discomfort from the reveal at the end. And I believe how they interact as they ‘build their bridge’. The ‘celebrity’ endorsement is a group of real people who manage to showcase the product in an authentic setting. The reaction to this advert was equally hyperbolic, the press had a bit of a field day. 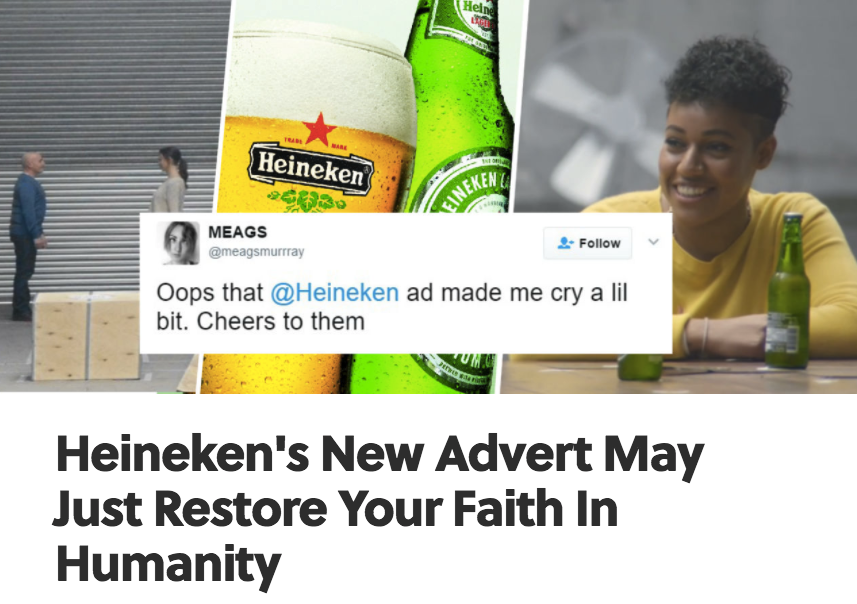 And then of course, there was The Guardian -

What do you think about the adverts? Let us know via Twitter.