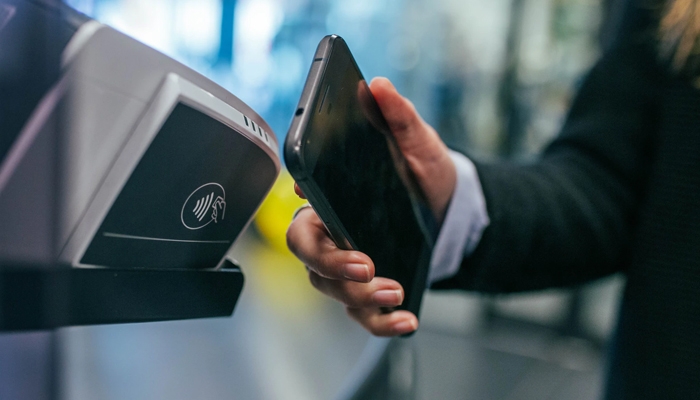 We recently welcomed business leaders from the region’s public transport, travel technology and tourism bodies to share their insights on the role of digitalisation in the transport sector.

The evolving digital landscape has brought about a huge pace of change for public transport operators, and delivers the opportunity to drive improved operational efficiency and intelligent infrastructures. But how is digitalisation being embraced by the sector in the region and what are the opportunities and challenges that it is presenting?

In the third in our series of round table debates, in collaboration with Prolific North and co-sponsors Acquia (our technology partner), we brought together representatives from Transport for Greater Manchester, Marketing Lancashire, the Institute of Civil Engineering, Arriva Trains and Mapway, a global public transport app developer to find out.

Chairing the event was Paul Bunting, Commercial and New Business Director for Stagecoach, who kicked off the conversation by examining the impact digitalisation has had on consumer expectations.

Paul began: “I think the thing that has become apparent in the past few years across all of our businesses is that as a result of digitalisation customer expectations are rising. This is in terms of the speed in which we interact and respond and the general level of expectation that people have for our products and services.

“The real challenge for the public transport and tourism sector is the high profile that it gets, especially in terms of media coverage, and now digital channels are amplifying this.”

Emma Antrobus, North West Director for the Institute of Civil Engineering, agreed.  “Thinking of today’s passengers as consumers really hits the nail on the head of how people are interacting with brands across all sectors.

“With the pace of change in technology people are approaching their use of transport from much more of a consumer point of view rather than a passenger base. If something goes wrong then people want to know why. In the age where there are fewer physical people at the station or platform to ask for assistance, their first instinct is to turn to social media to get the fastest response.”

Daniel Vaughn, Head of Metrolink for Transport for Greater Manchester, reflected on how social media was a huge disruption for the operator five years ago when Twitter was first introduced as a central customer service channel, he said: “When I joined Metrolink five years ago Manchester was hugely behind the curve. This was two years after we had opened the BBC / Media City extension. Never before had we had a demographic of young people using the tram network who had come from having, generally speaking, a terrific experience in London to using a system in Manchester that was many years behind.

“Understanding the importance of Twitter as a communications channel, we set up the social media team almost overnight, but we were very naïve when we started. In the early days we tried to put rules around how we engage but we soon learnt that we needed to be very quick and very honest with customers. From that perspective social media has hugely disrupted the whole business in terms of customer expectations and the way in which we communicate.”

Whilst progress in the digital space was considered paramount, so too was the need to consider all audiences in a sector that caters for a very diverse user base.

“When I arrived at Stagecoach 18 months ago one thing that shocked me was that 80-85% of our business is still taken as cash transaction on the bus”, Paul Bunting explained. “People still want a physical ticket and a person to talk to. We need to take our entire audience base on this journey and remain as inclusive as possible, whilst at the same time acknowledging that parts of the country and Europe may be more advanced in their approach to the digitalisation of the system. This is a massive challenge.” 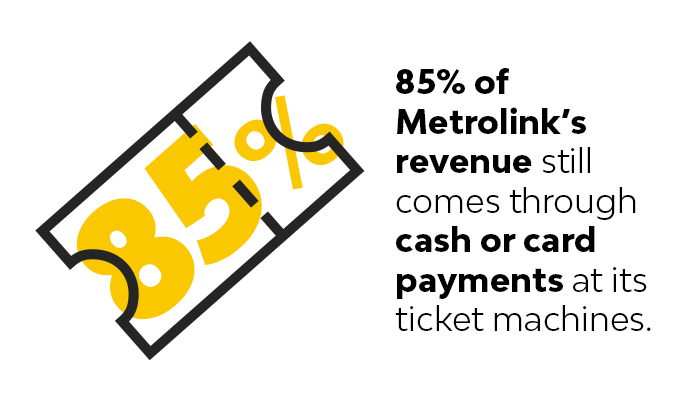 Daniel Vaughn described how despite investment and innovation in digital technology and paperless ticketing, 85% of Metrolink’s revenue still comes through cash or card payments at its ticket machines.

He said, “We are constantly looking at ways we can improve the customer experience and digital technology continues to play a huge role in this. We are moving to a zonal fare system to cut down on the huge number of ticket combinations and simplify our fares. We will also be moving to contactless payments (tap on and tap off) and are putting in place targets for the next three years, with the aim that just 30% of fares will be via paper tickets.

“It is no secret that our current digital capabilities need to be more joined up. Ultimately people want to know when the tram will be there, how much it costs and do it all through one channel. That is our priority now and in the next 12 months we intend offer one app for everything.”

The need for connectivity and a frictionless customer experience, not only within each organisation’s approach to digitalisation, but as a joined-up approach across all operators was also emphasised.

Emma Antrobus: “I think that the issue is, is that individual operators are making strides in smart ticketing and contactless payments but to move from one to another to another is really hard and there are still so many places, even in Greater Manchester, where you cannot do a one mode journey.

“It is still so disjointed, especially for a city that prides itself on being at the forefront of innovation. Other cities seem to have taken more of a lead on it.” 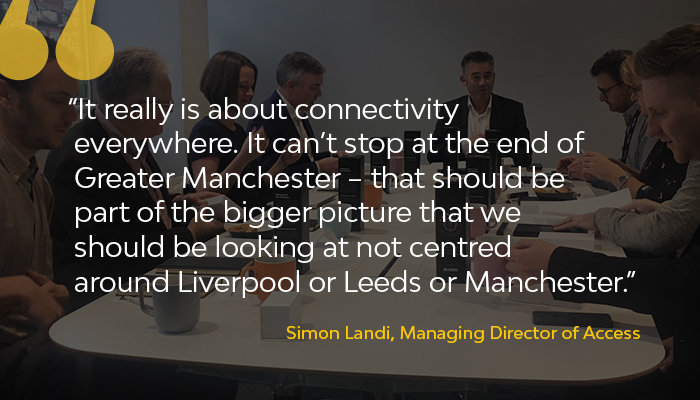 Simon Landi, Managing Director of Access, said: “It really is about connectivity everywhere. It can’t stop at the end of Greater Manchester – that should be part of the bigger picture that we should be looking at not centred around Liverpool or Leeds or Manchester.”

Rachel McQueen, CEO of Marketing Lancashire, agreed: “We need to gain a better understanding of the people flows – people commute into Manchester from way beyond the Greater Manchester boundaries. The East and West connectivity is probably one of the biggest challenges. We need to focus on how people live their lives in terms of where they want to go for work and leisure. You can’t look at these people in isolation and that applies to smart ticketing as much as it does the physical infrastructure.”

Daniel Vaughn summed up the current issues facing the sector: “The problem with the pace of change in the digital landscape and the need to connect between operators is that if you wait you end up not doing anything. You have to make sure that what you do is scaleable or at least futureproof it.”

In part two of the Digitalisation of Transport the panel examines what is on the horizon for in the digital space including automation, driverless cars and the environmental agenda.