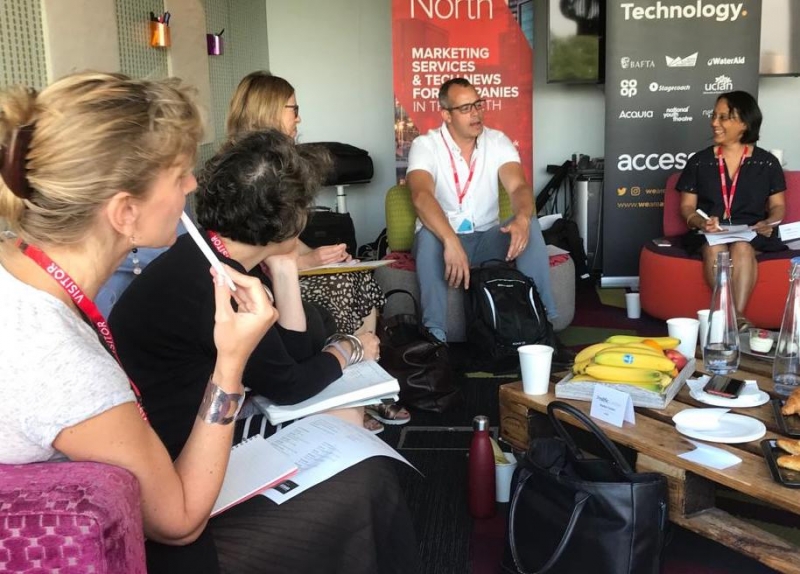 There have been numerous reports that indicate the charity sector is way behind most commercial industries when it comes to improving their digital capabilities and digital innovation. So what’s the problem? Why are charities not digitising as fast as their corporate counterparts?

To delve deeper into the main issues facing charities with regards to digital innovation, we invited 12 charities to take part in a round table debate for a warts and all discussion about their organisation’s digital transformation journeys.

Here is a summary of the main points:

One of the most salient points that dominated initial discussions was that digital innovation isn’t actually a problem for charities, many are doing it well, but the huge obstacle is embedding digital into the organisation’s siloed structures and traditional cultures.

Adeela Warley,  CEO of CharityComms, who opened up the discussion and chaired the event, highlighted the fact that charities are innovating. Initiatives that are using Alexa (Voice) Skills to aid the charity’s beneficiaries, trialling voice activated donations, the use of AI to power Chatbots and Personalisation were all cited as strong examples of ways charities are innovating.

So Adeela asked: “Is the problem in the sector more about digital transformation then – not innovation?

Sam Afhim,   Director of Fundraising & Communications (Freedom from Torture), agreed by highlighting that the problem is that organisations tend to see digital transformation as an ‘add on’ to what they do, versus doing things differently.

Anjali Bewtra,  Head of Digital Engagement (Save the Children UK), indicated “how willing the culture is to change has a huge impact on digitisation and digital capability, because otherwise what they’re trying to do is do something new on an age-old internal structure and culture.” She reiterated that “attempting digital transformation actually unravels a lot of questions that aren’t digital.”

She also made the point that it’s easier for charity start-ups that are born on digital; charities that are starting from a point where digital can be embedded into all areas of an organisation, not shoe-horned into a more traditional organisational structure, undoubtedly have an advantage.

The group agreed that organisations that have been successful with transformation are often those that don’t talk about digital but talk about how best to deliver services to users and use technology and digital-led approaches to fundamentally change the way the organisation runs.

There was also consensus that digital innovation was too often just tactical and not tied into an overall strategy or rarely fully integrated into the organisation. “The innovations are often little pieces”, said Sarah Jordan. Whereas the charities that are leading the way are ones that have made a bigger shift to embed digital across the organisation.

“That’s why innovation labs have often backfired”, says Adeela. “Technology is often bought in based on “we need an app, or we need a better online donation system.”

Sophie Castell , Director of Relationships (RNIB) made the point that the important bit to all of it is to link the tactical innovation to an overall purpose – something that corporates tend to be better at. Charities tend to try and do far too many things, without being clear about what its purpose is and what it wants to achieve, so we end up with more silos. Innovation that only looks at specific products is the wrong way round.

“The difficult thing is not having good ideas. Ideas are not the problem”, Sophie said. “The difficulty is bringing them to market and executing them. It’s the doing it and how to organize yourself around doing it that’s important; to do all of these things. Unless we get really clear about the overall purpose you will always end up with siloed, diverse kind of stuff.”

Many of the charities in attendance had innovation teams – but the majority had also felt that this wasn’t the silver bullet because while the principal of a team pushing new ideas forward was a good one, as previously cited you have to have the ability to embed this into the charity model.

Sam Afhim believes that “Charities are good at short-term thinking. Innovation tends to be around ‘does it make a profit, does it solve the problem we have today’ rather than thinking what is the problem that is going to exist for our beneficiaries in five years time or how do we engage with people who are going to be supporting us in 20 years time.

He added: “Budgets will always be tight if you’re only thinking in 12 month cycles, rather than looking at allocating budgets disproportionately that will get you to where you want to be in seven years time.”

Taking an audience-focused approach as a charity was deemed vital in driving success, and that this often comes from the digital team because this is inherent to how they work, with user-centric principals. But this needs to break out of just being a digital approach.

Sarah Williams-Robbins,  Director of Marketing & Communications (Place2Be) illustrated how research into their audience’s needs had really helped them identify how best to use digital and that trust came out as a key factor, which needed to be integral to anything they did digitally.

Digital is really important – but understanding how it can fit in with everything we do and to not lose trust is vital in this.

Acquia’s Emma Adam said: What audiences want and expect is a crucial starting point, to then work out the most cost effective way of achieving this, should lead the whole strategy.

James Small  added, “I’m a big believer in asking the audience what we should do as a charity, as well as what journey they want. But how often do charities flex their service delivery model based on the values of the people who are allowing them to exist? It’s a real problem in the charity sector.

Regarding the role of digital in fundraising per se, Anjali made the point that “we (charities) do need to change how we are fundraising – and digital is part of this.

Sarah Jordan added, “It’s implementing what’s relevant, seamless and easy to do and move away from cash as society moves away from cash.”

Audiences are expecting a lot more, because they want to donate as easily as they can pay for goods in the commercial sector. A joined up approach was also needed in the sector – to not only see audience types as a fundraiser or a donator, but also to recognize they may interact with the charity on numerous levels.

Sarah Jordan highlighted digital’s role in eliciting trust, and that the audiences also want transparency – to see where the money is going – and that digital can help to achieve this.

Adeela suggested: “Taking a lead from commercial brands, we can see the importance of building brands that people feel passionate about – and to use technology to help people connect with that brand.”

Neil Gunn,  Head of Digital Engagement (Independent Age), “Smart charities and smart fundraisers know that if you can connect with people, they’ll be with you long term, they’ll be loyal so that you’re the first charity that comes to their minds.”

Being open, honest and transparent was identified as key to this and Anjali Bewtra  concluded by saying, “Sometimes we try and tell the perfect story and this is sometimes counter-intuitive. We should be honest and say ‘you know what, we tried this and we didn’t quite get it to work but we’re being real with you - these are the challenges we face which is why we need you even more. Audiences want us to be more honest, more authentic.”

·       Keeping the Business As Usual going while you’re innovating

Participants in the discussion (chaired by Adeela Warley,  CEO of CharityComms) included:

Anjali Bewtra , Head of Digital Engagement (Save the Children UK)