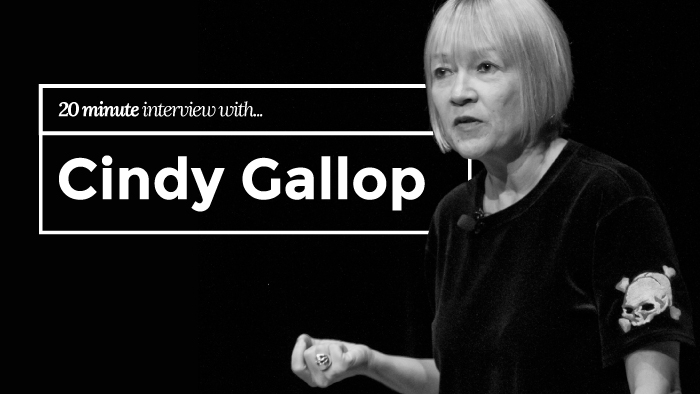 Cindy Gallop has a CV that, as an ambitious 27 year-old, makes my eyes water.

Responsible for setting up Bartle, Bogle and Hegarty’s US branch in New York and later their Asia Pacific branch, Cindy is a woman that gets shit done. Her Twitter profile says it best; ‘I like to blow shit up. I am the Michael Bay of business.’

Having a hugely successful career in advertising wasn’t enough, however, and Cindy has since gone on to found IfWeRanTheWorld and MakeLoveNotPorn. A serial doer and thinker, she now consults alongside working full time to raise funding to scale MakeLoveNotPorn.

In short, she’s got it going on.

In a strange twist of planets aligning, pigs flying and Twitter stalking I managed to Skype Cindy in the middle of a manic week. She’s calling me from her infamous Black Apartment in New York.

We talked quota-filling on boards, white dudes talking to other white dudes and her top tips for setting up a business.

What do you think about the fourth wave of feminist advertising that’s happening right now, such as the new H&M campaign, do you think it’s celebratory or exploitative?

I want to start this by saying I’m a huge fan of H&M. When I worked in advertising I used to buy designer, but now, as a bootstrapping entrepreneur, I live in H&M. So, I’m favourably predisposed towards the brand.

With regards to their latest campaign one of my first thoughts after seeing it was; I bet this was created by a man. I did my research and it turns out, it was directed by a man. I’m all for realistic depictions of women’s bodies in advertising but the ‘hoary old vignettes approach’ in this H&M advert wasn’t clever and didn’t engage me.

It’s important to remember the success of an advert is in the people behind the work. If you want women to buy your stuff, you need a female team behind it. There needs to be female creative teams and strategists - and it needs to be reviewed by female executives and directors.

“If you want women to buy your stuff, you need a female team behind it.” 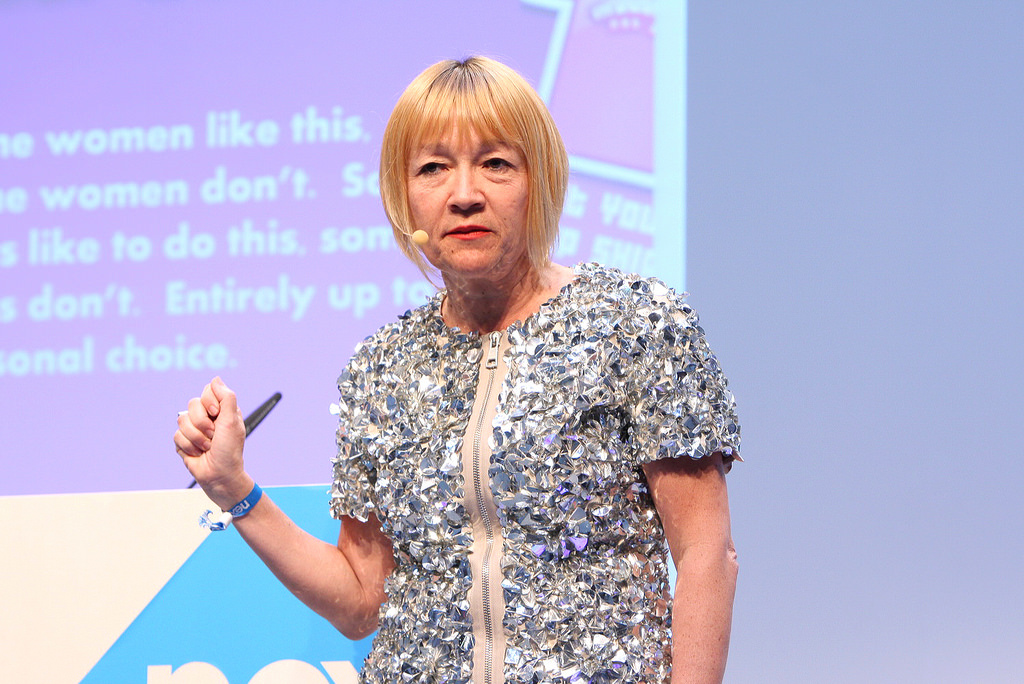 Are you pro-quota filling on boards?

I’m pro positive discrimination. I always tell women who feel uncomfortable about it to get over it. Look at the mediocre men around you who were hired just because they’re men. Why is the immediate assumption that the standard will drop when you favourably hire women? Why do we think it will be shite work? Diversity raises the fucking bar. By saying otherwise you’re saying that only white men can do brilliant work.

“Why is the immediate assumption that the standard will drop when you favourably hire women?”

People bemoan that advertising has left its ‘golden age’ - but how can it have? Our glory days haven’t even begun - we don’t know yet what our world looks like with women and people of colour behind it.

Can you give some examples of organisations actively trying to affect change?

Initiatives like Freethebid.com, headed up by Ada Harel, are helping to transform the landscape for women in advertising. We should make it compulsory for women to direct commercials targeting women.

Hamilton the Musical that’s currently showing on Broadway is what happens when you welcome the creativity and talents of women and people of color. It’s incredible, everyone has to see it.

There’s also been a study into women in teams and how many it takes to truly affect change at a company. One does fuck all - that’s tokenism and it helps no one. Three or more means a better quality of decision making and better debate. It also instantly manages out sexual harassment - there’s no space for it with an equal number of women in the room.

“...teams with more women outperformed teams with more men. Indeed, it appeared that it was not “diversity” (having equal numbers of men and women) that mattered for a team’s intelligence, but simply having more women. This last effect, however, was partly explained by the fact that women, on average, were better at “mindreading” than men.” 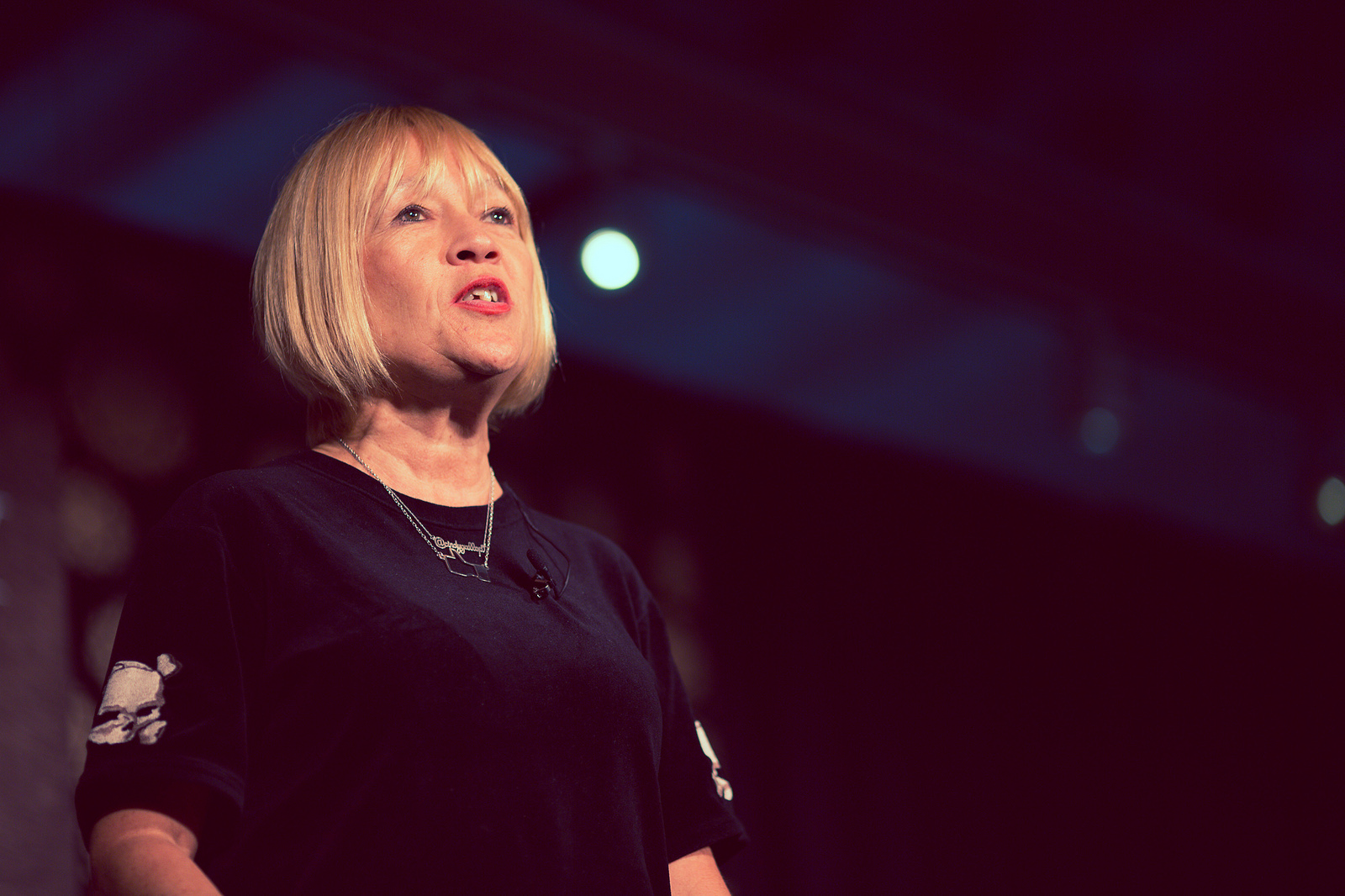 You, quite rightly, feel women of your age group are ignored and like to challenge public perceptions of women over 50. What do you do personally to help change how people see women of a certain age?

I live the way I want to live my life.

You’ve understandably got a gripe with advertising being a ‘bunch of white guys talking to a bunch of other white guys’ - how have your own companies tackled diversity and gender problems?

So what my own startup, MakeLoveNotPorn, is really struggling with at the moment is the fear of what other people will think. Everyone we talk to is on board with our mission and thinks it’s needed, but finding funding is a real struggle. We’ve been battling for funding for two years because of it. We have few employees because of this issue, it’s currently me and Sarah Beall.

However, when I was at BBH I always pressured people to hire female creatives. Ultimately, I was too busy to help effect real change except for being vocal when the decisions were being made.

Often, when we hired people, the women were underselling themselves and being bought in on cheaper wages. I made sure once they were in, and had earned their promotion or salary rise, that they were on an equal pay scale to their male counterparts. Women always undervalue their work and we need to stop doing it.

“Women always undervalue their work and we need to stop doing it.”

I also once had a friend who would, at the start of an interview, point out that she wanted to negotiate her wage and that it would change the way they saw her. This put the onus on them. They then had to win her back and make sure she got what she deserved. I thought that was a  great tactic. 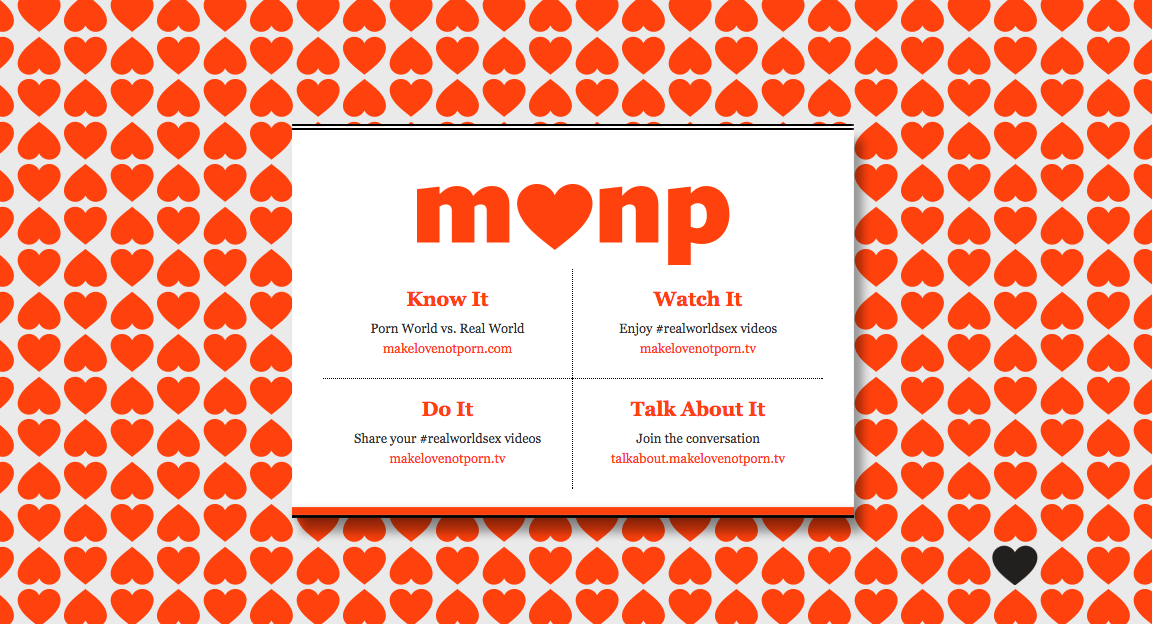 You started in theatre and made the switch to advertising - what learnings did you take from the theatre world and apply to advertising?

I started out at The Liverpool Everyman and Playhouse and I adore Liverpool because of it. I worked in publicity and marketing and, as advertising is pretty theatrical, I had a lot of transferable skills. But, I was being paid chicken feed. Advertising enabled me to do more as it paid more. I think the more pleasure you bring to people, the higher your ROI should be. Someone once said to me “Cindy, you could sell ice to eskimos”. I took that as a sign and applied to agencies in London.

You’ve been responsible for setting up two major offices for BBH and have started two companies of your own, MakeLoveNotPorn and IfWeRanTheWorld respectively. Give us a top tip for setting up your own business.

The only person who can make things happen for you, is you. Get on with it.

What was the last book you read?

I’m obsessed with Tana French and have just finished reading The Trespasser by her, which is incredible.

You can follow Cindy @Cindygallop. Find out about MakeLoveNotPorn to take part in the real sex movement.

Images taken from Creative Commons, with thanks.