The 2017 Christmas Ad Round up: Who wins this year? 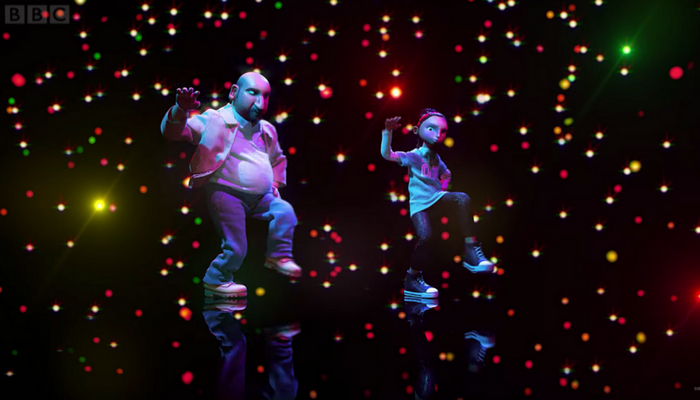 It’s December. It’s a few weeks until Christmas. It’s time to talk Christmas TV adverts. This year, it has been a mixed offering with a few clear winners taking the lead. But have your favourites made our list of Christmas winners or are they total turkeys? Find out which ads stole our hearts, and which ones totally missed the mark.

Nothing says Christmas more than an anthropomorphised root vegetable, or at least that’s what Aldi have led us to believe for the last two years. Carrying on its narrative from last year, Aldi have now created a girlfriend for Kevin the Carrot: Katie the Carrot.

The advert sees Kevin braving another dangerous table of fair-priced Christmas delights, this time themed around Murder on the Orient Express (released earlier this year). It seems nothing is able to keep Kevin from Katie, and sure enough, he secures her affections after he shows he is willing to die for his newly found love. Overall, the advert is the same as last year, this time with a sexualised girl carrot.

I’ll still be buying goods from Aldi in spite of the advert, rather than because of it.

The John Lewis Christmas advert has now become synonymous with Christmas, much like the Coca-Cola truck rolling into town or disappointing gifts from colleagues.

This year, John Lewis have put their faith in Moz the Monster. Which may, or may not, have been completely stolen from a children’s book. Either way, we’re presented with a Big Cuddly Thing to save and embody Christmas. Is it heartwarming? Sure. Does it tick all of the boxes for a typical Christmas advert? Absolutely. Does it make me want to shop at John Lewis? Not really.  I think this summary from The Guardian puts it most aptly:

“He wears you down and ruins your concentration, transforming you into a morbid husk of a person, then farts and runs away. Don’t you see? Moz the Monster is 2017.”

Paddington had a film out this year, don’t you know. So now he’s everywhere, including in this year’s M&S Christmas advert. Here, we see Paddington getting into his usual misfit adventures, but this time with Santa in tracky bottoms.

Much like the kids at Christmas, Paddington is only trying to help but somehow manages to bring even more chaos everywhere he goes. For me, the pacing of this advert is all over the shop. So much happens in its one-minute runtime - slow down Paddington, have a mince pie. It’s OK, but it doesn’t inspire a trip to M&S.

Sainsbury’s - Every Bit of Christmas

I’ll start this by saying I loved Sainsbury’s campaign this year; Live well for less. That’s a bloody good line, and a perfect message for its consumers. The OoH adverts were eye-catching. The print adverts stopped me turning a page. What happened with the Christmas advert? I don’t know if it’s the awkward lyrics (which hardly rhyme) or the disorientating editing that leaves me feeling dizzy. Perhaps the lesson learned here is showing ‘every bit of Christmas’ is, in fact, gluttonous and overwhelming. In that way, it’s a perfect Christmas advert; I couldn’t eat another bite. Not a winner for me, I’m afraid.

The opening to one of the most iconic Christmas films there is, Love Actually, opens at Heathrow:

“Whenever I get gloomy about the state of the world, I think of the arrivals terminal at Heathrow Airport...seems to me that love is everywhere.”

So, if they messed up their Christmas advert it would have been pretty disastrous. Popular opinion suggests they didn’t, however, and their 2017 Christmas advert is a heartwarming and relevant bit of storytelling. Sure, it could easily stray into sugary-sweet sentimentality but it just about manages to keep it in check with the bears transforming into humans at the end.

Access Staff RUNNER UP: Tesco - Turkey, every which way

The current Tesco campaign, Food Love Stories, is a classic; solve a customer problem (I don’t know what to cook), make them feel connected with your brand (use ‘real’ Tesco customers in the campaign) and roll it out across every relevant touch point (OoH, in store, online etc.).

And the Christmas version of this campaign moves the campaign on a step further. Take the most iconic part of Christmas (The Turkey) and show how our varied customers (real people) all approach cooking it (how to cook). Then, sprinkle in some realistic Christmas dialogue, (“I want all of you out of my kitchen now.”) and you’ve got yourself a winner.

Turkey, every which way is an accurate and on-brand Christmas ad. Well done Tesco. Now, where’s the goose-fat roasted potatoes?

What happens if you remove all of the typical Christmas tropes from an advert? There’s no cuddly animal. There’s no Christmas song. There’s no hard sell on the product. In fact, the only vaguely Christmas-y thing about BBC One’s advert this year is its overriding message: recognise what’s important at Christmas.

I loved this advert. Unlike it’s expected saccharine counterparts, these two characters felt real and heartfelt. They felt like people you know. And if the BBC isn’t for everyone, then who is it for? Great work BBC Creative team. I bought every part of this Christmas message, from the first to the last tentative step.

We write posts about content marketing, advertising, design, Drupal and just about anything else we offer as a service and we send it all out in a handy monthly newsletter. Sign up (scroll to the top of this post) to always be in the know!