Copywriting experts on how to tackle a creative problem 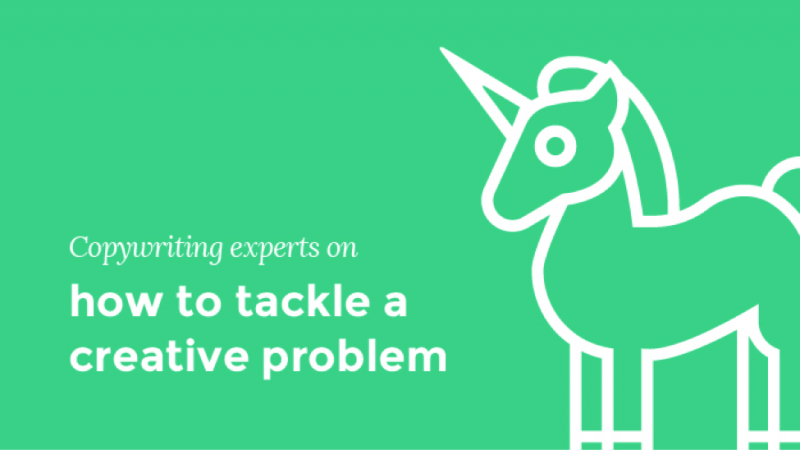 Tackling a creative brief can feel like hunting for unicorns; an impossible task. The client has asked for too much, or they can’t identify what they want in the first place, and your creative team is having a collective tantrum because of it.

So, how do you tackle a creative problem? How do you turn an impossible task around, and make it feel real, emotive or engaging? You need to tackle the problem head on - and you might need some expert guidance.

How to tackle the creative proposition 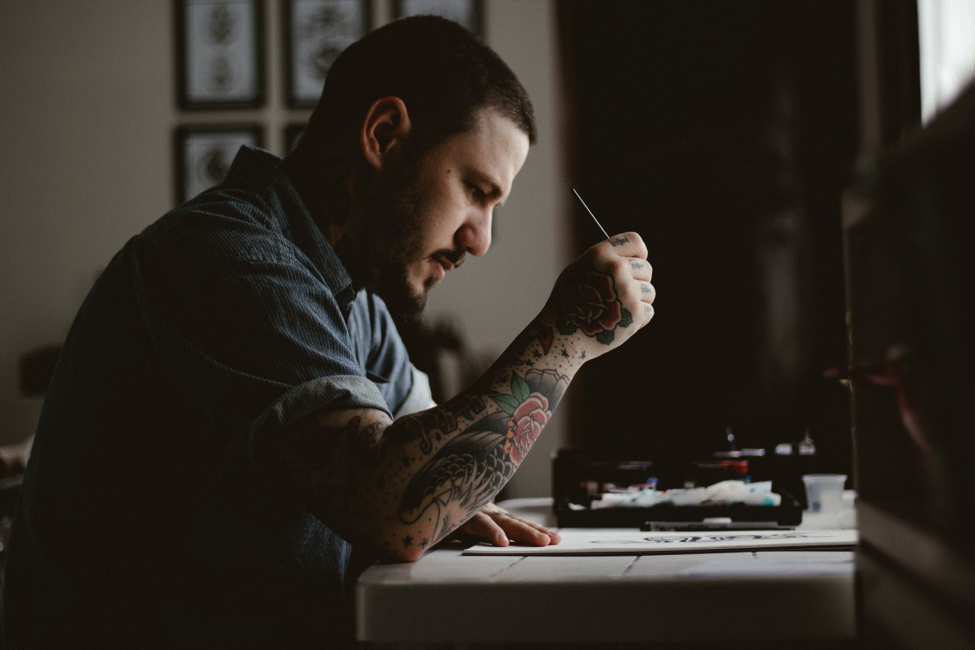 “When I’m first briefed my head is going in several directions with initial ideas and thoughts.

I'm usually making copious notes too at this point and questioning everything. I don't think I'm deliberately difficult, but I'll question every element until I am completely clear. This is also a good way of getting the crap out the way, and setting yourself up to have a more lateral thought later on as a result - that's where the interesting stuff comes from.

“Then, before I begin working, I try to make sense of my notes and distill the brief or proposition into a single line - which could be 'get younger audiences interested in tea' for example.

“I'll question every element until I am completely clear.”

“And then I forget about it. I check Twitter, go for a coffee, have a chat, go for a run, check Twitter again and actively avoid work. And most of the time, a tiny nugget of an idea may spring to mind whilst I'm avoiding working and we take it from there. My work wife Tim does the same thing, and we'll spend days, hours or even minutes jousting and talking the proposition through until an idea is born or a lateral thought is found.”

James Cross, Creative Director of BBC Creative in Manchester. James has worked in several roles across multiple agencies, most recently as Creative Group Head at McCann in Manchester. James and his partner Tim Jones have worked on many high-profile campaigns together, including Aldi, Dominos and Harley Davidson.

“I think as laterally as I can. I take a USP and put a bomb under it - I like to blow it apart - and put it back together again. That’s the best way to take the proposition to the nth degree.”

The tools behind your craft 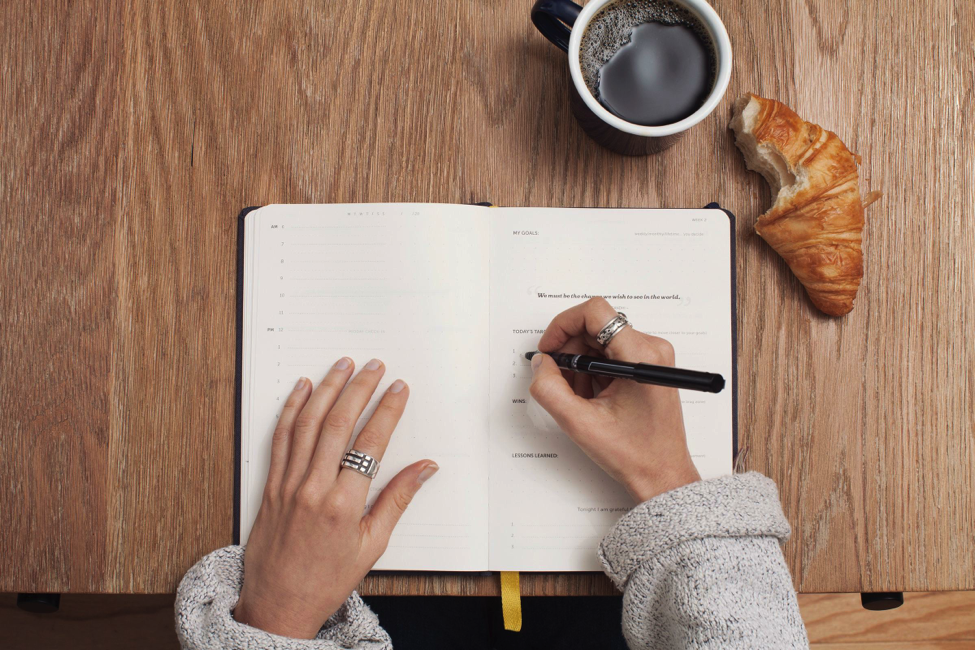 “A pen and paper for notes and initial thoughts. For the writing, it's a combination of iA Writer, Scrivener, TextEdit and Microsoft Word, depending on the length and complexity of the copy I'm working on. The Hemingway App is great for checking your copy's style. On my phone, I regularly use Wunderlist, Dropbox and Instacast. And Pocket is insanely useful, especially for research. I use it every day across five different devices.”

Neil Barraclough, Freelance Senior Copywriter. Neil worked as a journalist for many years and has spent the last year as a freelancer. By the age of 24 he had written for every major national newspaper in the country. His most recent stint saw him as Head of Editorial for The Paralympic Committee in Rio de Janeiro.

“My head, it's where the great ideas come from - which it's why it's important to keep it full of knowledge, insights and inspiration."

Julian Gratton, Creative Group Director at MMP Global. Julian has worked as a copywriter for 20 years, with the last 10 being spent as an inspiring Creative Director.

How to get out of a creative rut when stuck 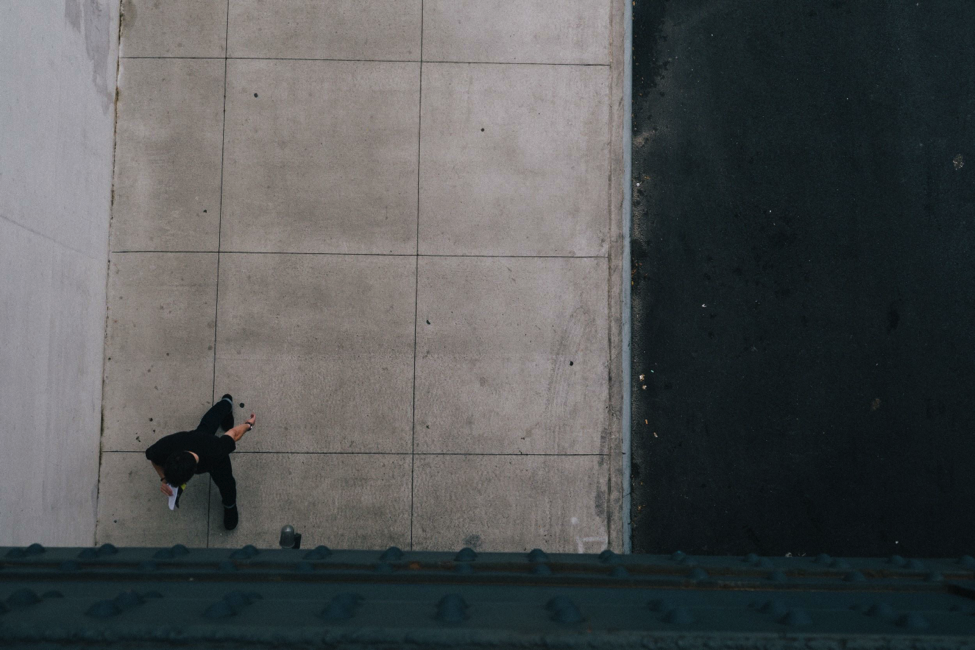 “After huffing and puffing, sulking, throwing a tantrum and getting unreasonably frustrated, I'll take a deep breath, do something else or even go for a walk. The minute I step away from the issue, my subconscious solves it, which amazes me every time. I'm forever telling creatives to trust that the mind will do the work for us, even when we think it won't get there.”

Vikki Ross, Freelance Senior Copywriter. Vikki works alongside big name brands such as Sky, NOW TV and ITV. She’s the creator of #thingsyouhearinagencies and the organiser and instigator behind #copywritersunite. She also headed up one of the UK’s first copywriting dedicated festival, Copy Cabana which is happening again in 2017 in Bournemouth.

“I think Martin Amis put it well when he described this as letting 'the backroom boys' take care of it...i.e. your subconscious.”

“Walk away. Like I said, don't think about the creative problem you're trying to solve, let your subconscious show you. Trust me, it works.

“Failing that, talk to people. I mean anyone. It's amazing how many times a casual chat over a brief can spark a thought.”

Key takeaways from our experts:

What do you do to get out of a creative rut? Share your thoughts with us on Twitter with #creativerut.