Interview with ‘A Little bit of Something’s’ Dan Morgan 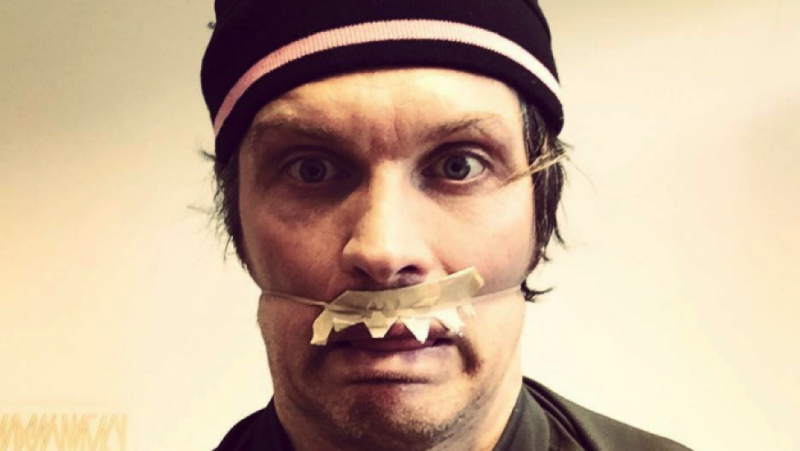 Back in 2011, Dan Morgan was broke and needed to sell a wetsuit. Living in Falmouth, he’s a keen surfer and enjoys feeling like a nimble seal whilst he pursues his hobby. Or at least, that’s why I imagine he buys quality wetsuits.

He put his used wetsuit on eBay, hoping to get maybe £30 for it.

Instead, the listing went viral - it was seen over 650,000 times by people across the world. You might wonder why a listing for a used wetsuit went viral (and why we’re talking about it on our blog). It’s probably something to do with his product description.

Here’s an excerpt, for a flavour;

“You're probably thinking "People p*ss in wetsuits, I'm not sure about a second hand wetsuit", but believe it or not I have NEVER urinated in this suit, seriously, these suits are too good to be doing such a vulgar act in, the wee just ends up staying in the suit and then when you're sat having a post-surf pint in the pub you smell awful and girls don't like boys that smell of p*ss  so you just sit there, alone all night, sobbing into your pint of Betty Stoggs like a lonely desperate p*ss smelling man.”

As you can imagine, his tone of voice grabbed my attention. It also caught the attention of everyone else - so much so that the wetsuit ended up selling for just short of £9,000. Dan even gave 90% of the funds to charity. Resulting in a dedicated website telling the full story of the listing and this tweet from Matt Lucas (yes, that Matt Lucas):

“That funny bastard @morgyface has put his old wetsuit up on eBay and he’s giving 90% to Japanese charities.”

So, Dan knows how to catch people’s attention. He does it with tone and hilarious copy. I’m constantly banging on at clients about tone of voice and Dan’s website is the ultimate lesson in being brave with your tone of voice.

Here’s a little linguistic shot of his copy: 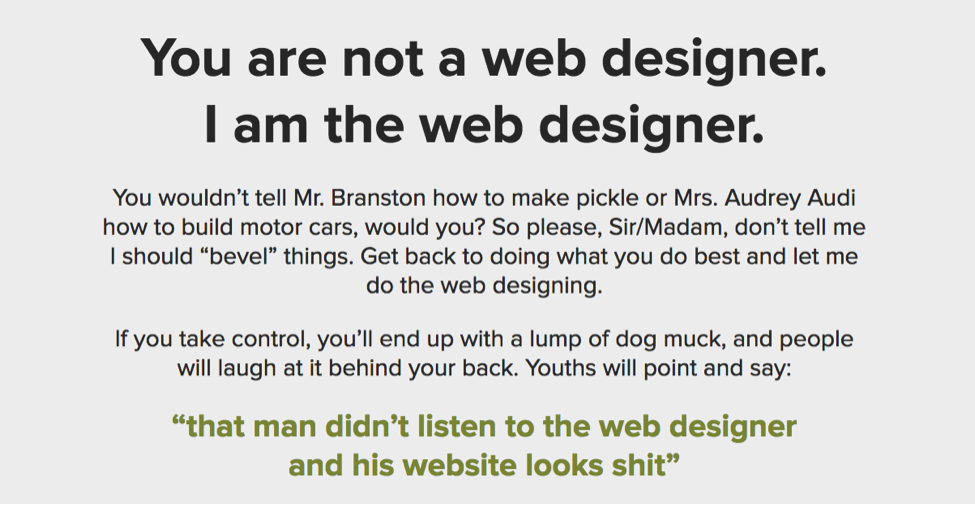 So inspired was I, that I got in touch with him to talk about tone of voice, ‘would you rather questions’, and pandas.

Here’s what happened when we spoke.

Where did "A Little Bit of Something" come from? How did you come up with the name?

There’s a skateboarder from back in the day called Tommy Guerrero, a bit of a legend, he makes music too and his second album is called ‘A Little Bit of Somethin’. I nicked it. I probably shouldn’t admit that. I don’t think Tommy would sue me though. Please Tommy no. I love you Tommy.

You managed to sell a wetsuit for £9,000 due to your excellent product description. Any tips for other people trying to sell random stuff for thousands of pounds?

I’d like to point out the eBay wetsuit thing only gathered momentum because I decided to give the money to charity, lots of nice brands threw products in, so the pissy wetsuit became irrelevant, it was actually a huge list of products and a big donation to the Red Cross.

But yes, I suppose I did get it moving and I did that by being overly honest and a bit of a dick. It’s amazing how refreshing the public find honesty. Without getting too deep here, the reason my site stands out is because we’re constantly bombarded with bollocks, we’re totally conditioned.

Your website tone of voice is very brave. Were you drunk when you wrote it or is this just your natural candour?

People tell me I’m brave, but I am not.

Gary in the Lemon Arms is brave, he once took on four wasps that had landed on Joan’s Solero. I just had a few beers and decided to re-write some text. The truth is, I rarely got work through my website anyway, it was all word of mouth before the ‘revamp’. I had nothing to lose and there’s no bravery in that. I’ve felt braver passing wind after a Bhuna in the Truro Tandoori.

Tell us the top three stupid things clients ask you. 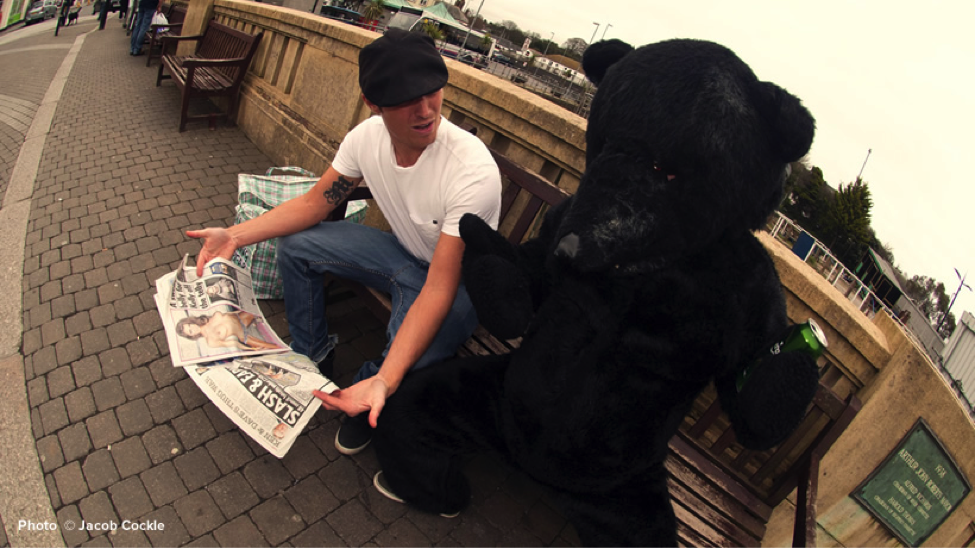 Except for swearing a lot on their websites, what advice would you give to fellow freelance web designers?

Don’t do it. Change career. Perhaps get some goats. Their cheese is very popular. Mind you it does give me a terrible rash on my inner thighs.

What has been your most creative ‘F off’ to a client?

This is a completely understandable misconception. After reading through my site, a lot of people think “This guy’s a total arsehole” and whilst they’re partially right, I do actually have good relationships with my clients. I think there’s only ever been a couple of falling outs in two decades.

The most bizarre was when a client couldn’t get his head round the fact his website wasn’t a tangible thing. He dismissed the work I’d done because it didn’t physically exist and refused to pay me. I used appalling language at him. My Nana would’ve been so disappointed if she’d heard that final phone conversation.

Who is the biggest influence on your work?

In my last studio, there was a chap called Neil who ran the Guild of Sage & Smith. He’d studied design and his approach was eye opening. The attention to detail. He knew a lot about typography. I was a pain in the arse and asked him a lot of questions and he kindly taught me stuff. So, I’d say he has been a big influence. I tackle things differently now. I have more faith in the process. That was serious wasn’t it? Can we insert a gif of a cat here to take the edge off?

Except for your brain cupboard, where do you go for inspiration?

Design wise I just keep an eye on what’s going on out there. There’s so many good agencies all over the world now, New York, Berlin, Barcelona, London, loads of good stuff out of the Netherlands. I just try and spend a few hours a week looking at newly updated portfolios. I make a point of doing it, I mean you’ve got to keep up with trends. *looks down at PVC hot-pants.

Now it’s time for the serious stuff; would you rather have tongues for fingers or a finger for a tongue?

I like this. Either sounds good. Is it medically possible? I reckon if I entered my pin number using the tongue-finger in my mouth I could get an expression out of Barry at the Shell garage. Not that I want to talk ill of Barry. He’s efficient. I like that in a man.

Which would you be saddest about: Pandas dying out or losing your place in the cash point queue?

I like animals, so I’d be more sad about Pandas, but it’d be close.

There are many things that induce rage, but people using multiple cards for multiple transactions at the cash point is one. One card, then back of the queue mate. Also we need to ban anyone over 65 from using self-service tils. Marks and Spencer is a vortex. A spinning black hole of time consumption, beige everywhere; you go in on a Tuesday and come out a year later with a pack of vests even though you went in for a pie.

Trapped for months in homewares by a lady called Annie who’s stopped for a chat with Mary at the bottom of the escalator whilst dangerously waving a weighty scented candle.

Not sure where I’m going with this now. I need more tea. Thank you for reading this. I enjoyed it. Big awkward cuddles to all involved.