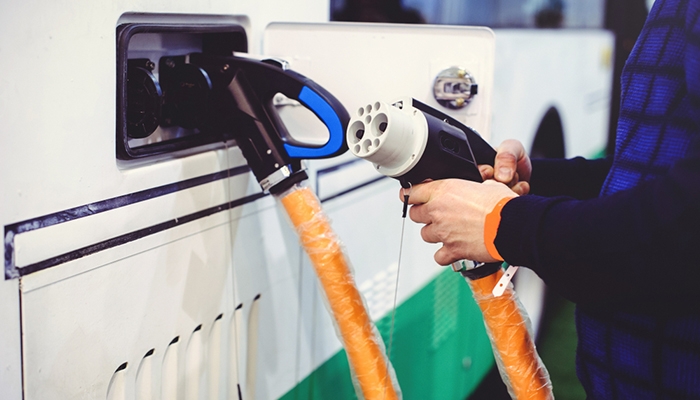 Part two of our Digitalisation of Transport Round Table tackled the subjects of automation, driverless cars and the wider environmental agenda, examining how new technologies could be shaping the future of the region’s transport operations.

So how close are we to the ‘nirvana’ of driverless vehicles, do people actually agree with them and what is the driving force (excuse the pun) behind their development?

According to Emma Antrobus, North West Director for the Institute of Civil Engineering, when it comes to driverless vehicles, there’s a big difference between the capability and selling it to the general public.

And we tend to agree, you only have to look at the number of car shows on the TV to understand that people like their cars and driving.

From a public transport point of view, public transport’s sell is all about hearts and minds and convenience. It’s easy to see the convenience factor in autonomous transport, but there is an argument that people will actually still want the personal touch?

Discussion also centred around whether vehicle automation will actually solve the problem people think it will. While automated vehicles would reduce labour costs, it does nothing for congestion - something bus operators are keen to address. If the objective is to get people around a city or town efficiently, does automation reduce the number of vehicles or just change how these are being driven?

Ben Buschini, from Acquia, highlighted how it could help to reduce a need for multiple cars in one family if vehicles could turn up to where they are needed, when they are needed.

And from a safety perspective, David Weetman from Mapway, argued that there are four levels of autonomy that developers go through – where four is completely autonomous with no driver input. The view is that, in terms of safety, you have to go from zero to four in one go because everything in between leaves you open to potential disaster on every street corner, and how would this be managed or policed?

So, is the environmental agenda key to the development of a modern transport system? Or, is it all about convenience, price and speed?”

Nathan Ouriach from Prolific North, questioned whether consumers were really making themselves accountable for the environmental impact of the transport system they use. He asked whether  there were any examples of public transport where the consumer can know what the carbon footprint of the mode of transport is, or how eco-friendly that transport is? So taking the use of technology further to not only know when the transport is going to arrive or how long the journey will take, but what impact that journey is having on the environment. If that becomes the new normal then everyone is held accountable.

Daniel Vaughn, Head of Metrolink for Transport for Greater Manchester, said: “I have seen apps in terms of journey planning that will calculate environmental impact. It is very doable, and it is a feature of more and more journey planning app functionality – people are becoming more savvy but I don’t think it is a driver.

Paul Bunting agreed: “I think as a consumer it may not change behaviour. I think that the interesting thing here is that the environment is driving a lot of the decisions that are being made by transport authorities. For example, the move to electric vehicles or the creation of pedestrianised zones where you allow autonomous pods to move people around.”

Daniel Vaughn agreed: “It is policy leaders that are driving the agenda. If you are to introduce congestion or emissions charges, then you are pulling a policy lever to incentivise people but you need to give them alternatives. You need to make very good public transport available everywhere. It does have to start from a policy level – that is a much bigger debate than what we are focusing on here today.

“From a project perspective, there are things we are doing with the Metrolink works in Trafford Park to minimise impact but people are making a green choice by using public transport in the first place. The next step is good transport links across the board and a more joined up approach to the public transport system.” 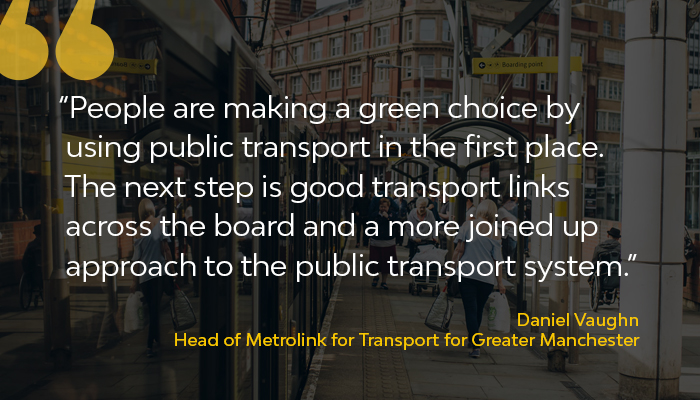 Throughout the round table, there were some hugely interesting points of view - and we hope you have found our summary of interest.  Click here to read part one of the Digitalisation of Transport which examines the impact of digitalisation on consumer expectations.

Our round tables were run in collaboration with Prolific North and co-sponsors Acquia, our Enterprise technology partner with whom we work to deliver exceptional online customer experiences.