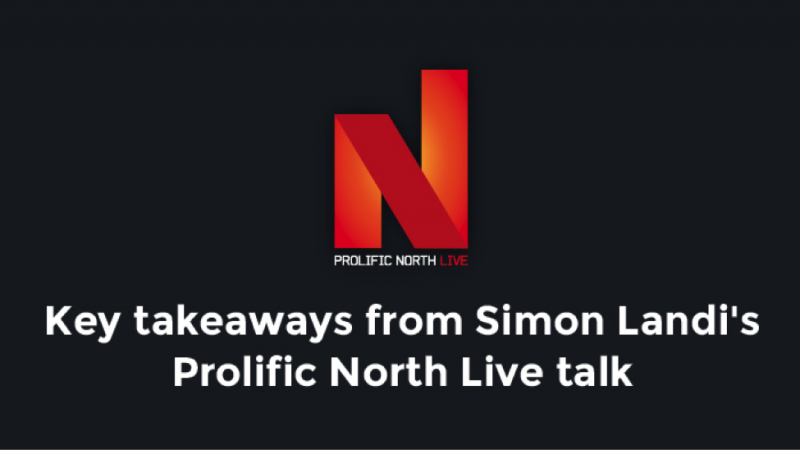 During his talk, Simon explained that last month 4.5 million people across 7 continents marched for their rights. They swamped Washington, New York, LA, Manchester, Liverpool. Even a ship in a remote part of Alaska. The Women’s March on Washington is one of the biggest marches in US history. Where did this conversation start? Where did they assemble their efforts? On Twitter. Twitter still has the power to change lives.

And it’s thanks to the blurring between these two worlds that we’re able to see real change taking place. Why not harness the power of the digital and real spaces and get them working in your favour?

Simon was joined on stage by Lyn from Variety, The Children’s Charity. She explained that they had little prior knowledge of social tools and the power they held for the charity. Before Access Variety, the Children’s Charity had about 10 followers on Twitter feed and no real idea of how to manage it. They now have over 5,500. And from these followers real donations have materialised. Whether it’s from silent auctions at live events, or donations made through their site. Greater engagement means greater donations.

“Despite the latest news saying Twitter is struggling, it still has the power to change lives.”

Conversations don’t just happen around tables at live events - they’re also happening across social media. So why not amplify that in the room you’re in? Every person at your event is a potential advocate for your brand, so reward them for bigging your company up and let them see their tweet live on the big screen. It encourages even more interaction.

"Twitter is unfiltered reporting by the people, for the people.”

If you regularly run live events, sometimes they end up feeling stale and repetitive; there’s a meal, a bar, some live entertainment and a few brave people who mingle. To keep an event feeling relevant and new to attendees it’s vital to inject something unexpected - something that’s rewarding and interactive.

“The thing I love about ESL is that it brings a room together. The room can be a bit clicky at events and ESL cuts through that. It encourages a wider conversation.”

The first selfie was taken in 1829 by Chemist Robert Cornelius

And here he is, looking pretty dapper.

Experience EventStreamLive at your next event

If you want bigger donations, a more engaged audience, or just something fun for your next event - then take a look at EventStreamLive.